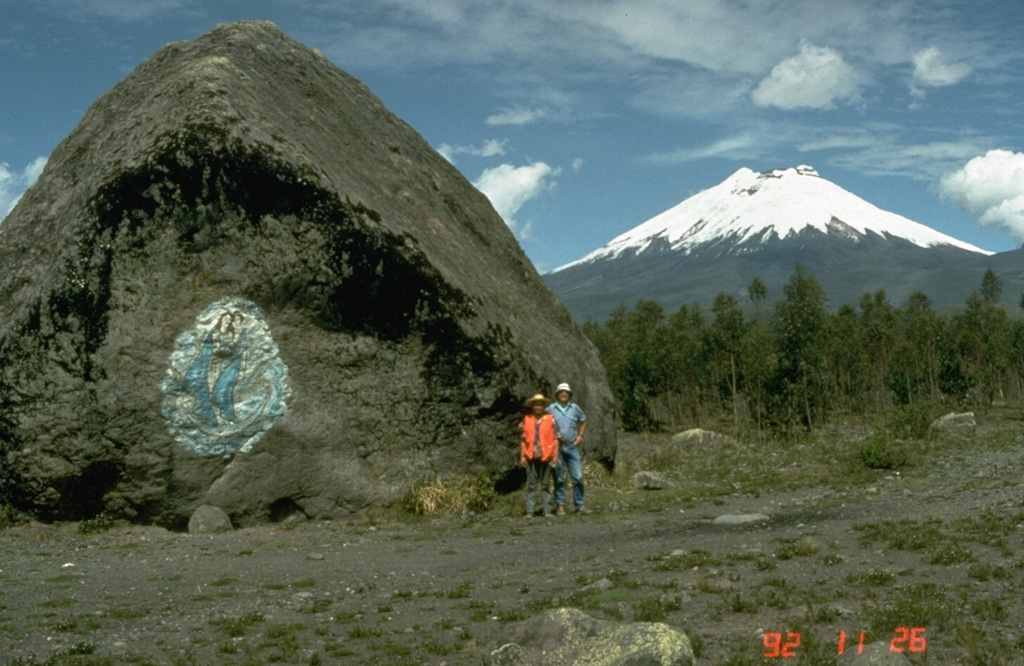 This massive boulder on the SW side of Cotopaxi was carried in a lahar, possibly during a major eruption in 1877. Scale is provided by volcanologists Minard Hall and Patty Mothes. More than 130,000 people live in areas subject to lahar risk from Cotopaxi. The 1877 eruption produced lahars that covered this valley, swept into eastern river drainages, and reached the Pacific Ocean along valleys to the NW.