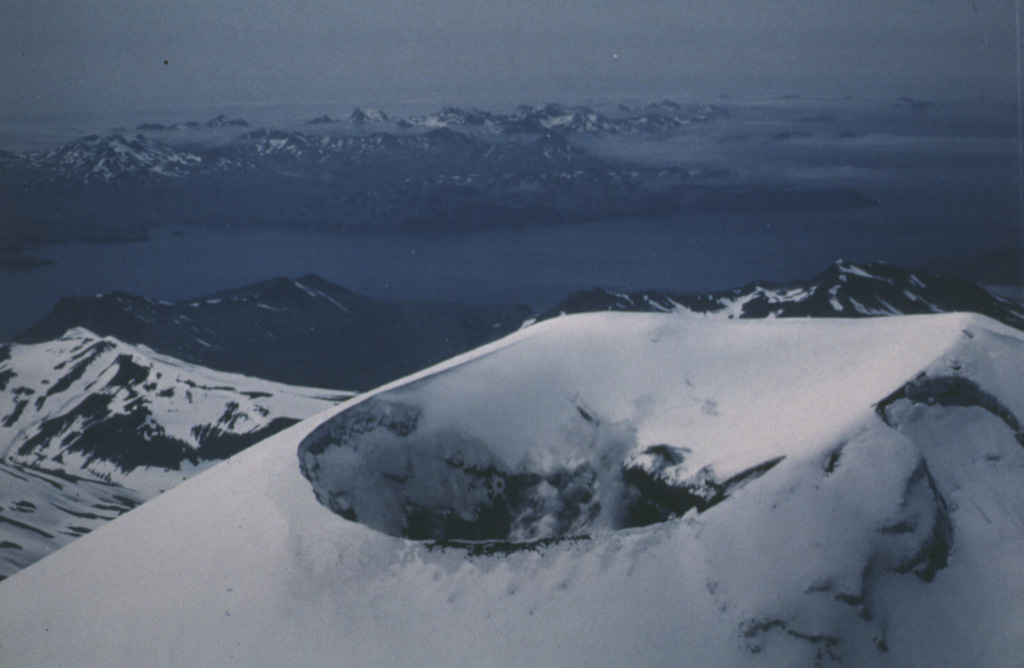 This view from the NE in June 1986 shows steam rising from the summit crater of Korovin, north of Atka. It has been reported to have a cylindrical vent of greatly variable depth depending on the presence of a lake.