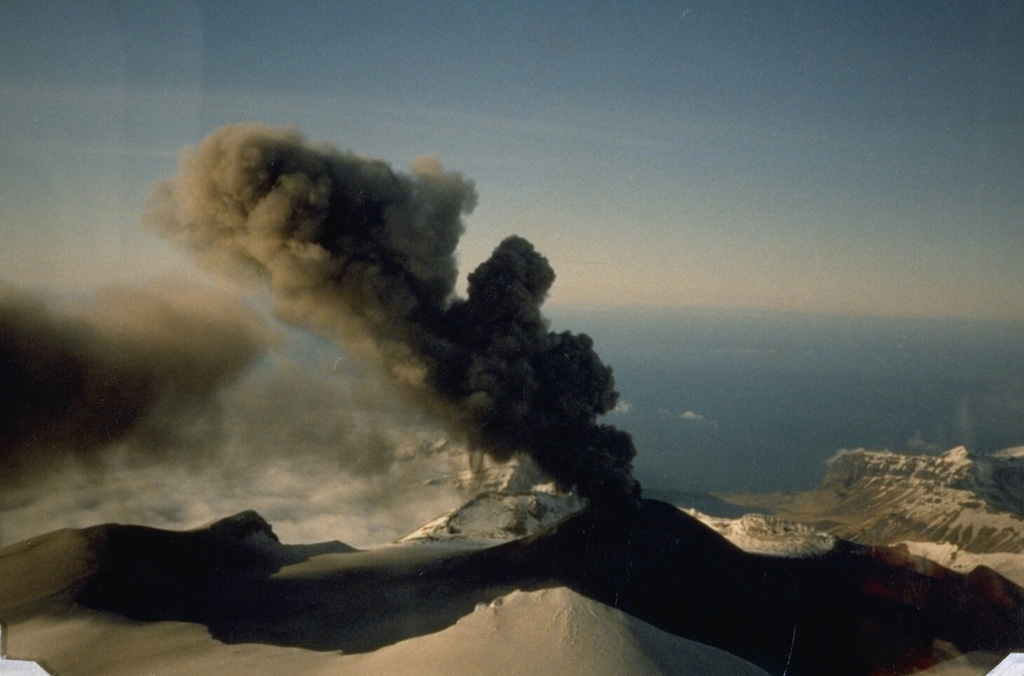 An ash plume rises about 1 km and drifts to the NW above the Akutan caldera scoria cone on 2 June 1988. Dark ash deposits on the flanks extend across the caldera floor and western rim. The snow-covered ridge in the foreground is the SW caldera rim. Intermittent eruptions such as these are typical of Akutan. The 1988 eruption lasted from 26 March to 20 July.