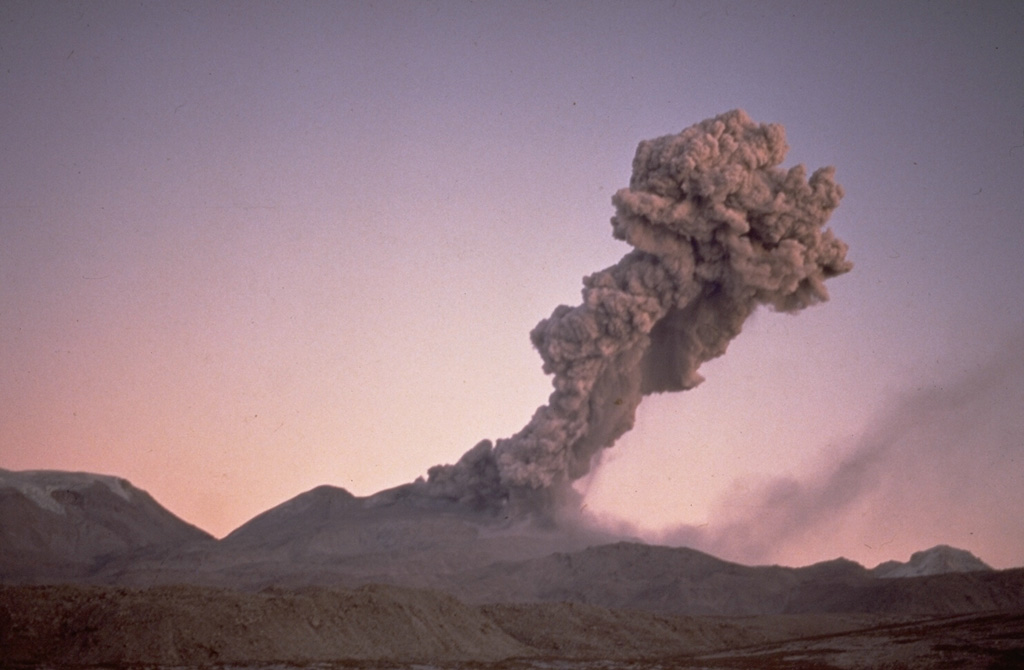 Winds deflect an eruption column from Sabancaya volcano to the NE on July 13, 1990. Residents living near the volcano reported an explosive eruption from Sabancaya that began on May 28, 1990. Initially, several explosions occurred per day, producing plumes to about 2 km height. Activity intensified on June 4, and by the 8th explosions occurred at intervals of 5-10 minutes and ashfall covered a radius of 20 km. More-or-less constant ash emission continued until 1998.