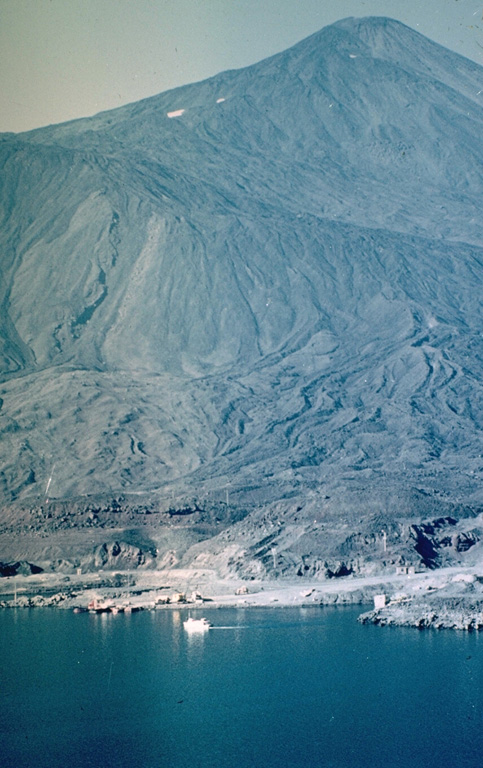 Antuco volcano rises dramatically above the shores of Laguna de la Laja. Edifice failure at the beginning of the Holocene created a large horseshoe-shaped caldera whose NW rim forms the ridge descending diagonally across the photo to the right. The steep-sided modern basaltic cone has grown 1000 m since then, producing fresh-looking lava flows with prominent levees that have overtopped the caldera rim and reached the lake shore in the foreground. The most recent eruptions of Antuco occurred during the 18th and 19th centuries.