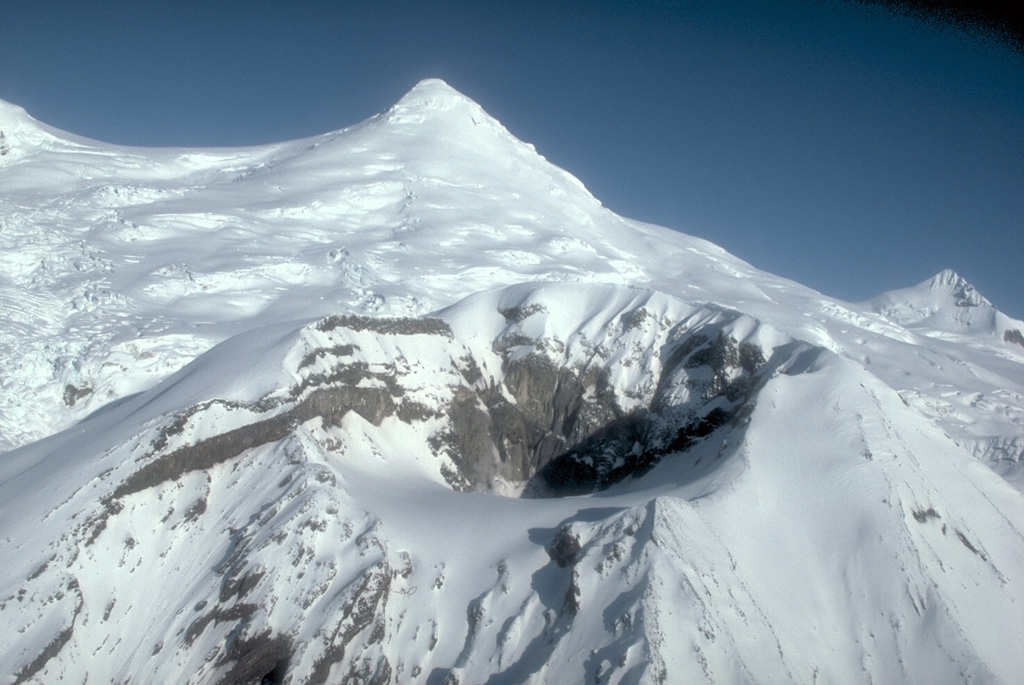 Crater Peak, a flank vent of Mount Spurr, is seen from the south with the snow-and-ice-covered summit lava dome complex in the background. Both the summit lava dome and Crater Peak were constructed within a 5-6 km wide scar formed by an earlier collapse. Crater Peak has been the source of about 40 Holocene tephra layers identified in the Cook Inlet basin.