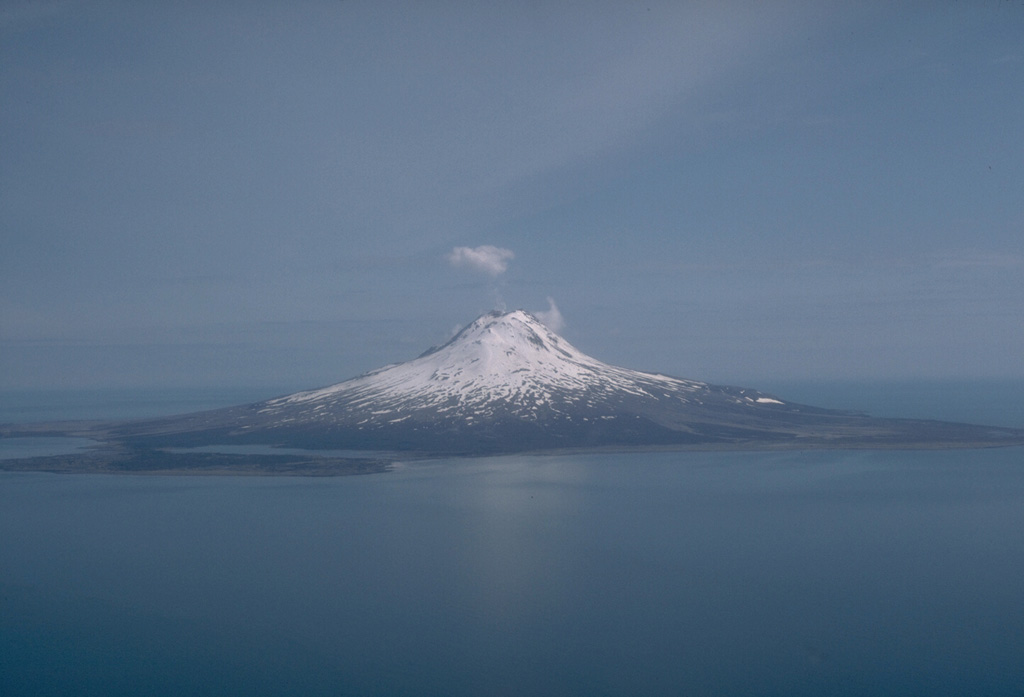 Augustine forms an 8 x 12 km island in Kamishak Bay, within the southern Cook Inlet. The cone is a complex of overlapping summit lava domes. An apron of pyroclastic debris, consisting mostly of large debris avalanche deposits produced by collapse of portions of the summit lava domes, extends to the sea on all sides. West Island, at front left in this 1989 view from the west, is a debris avalanche deposit that was emplaced roughly 250-450 years ago.