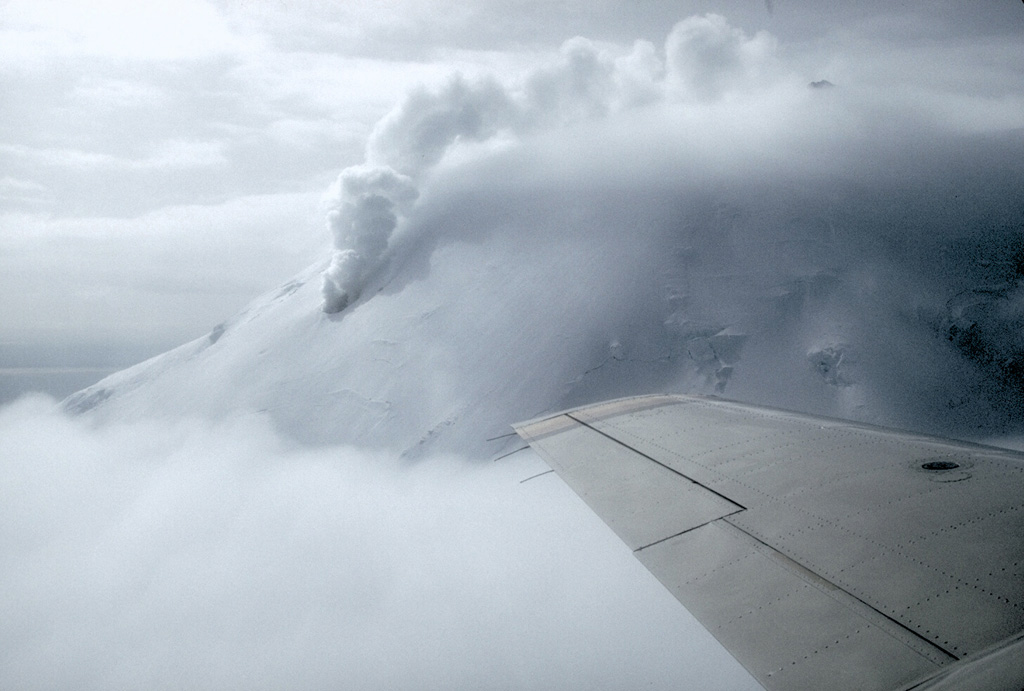 A large steam column rises from a fumarole at about 1,600 m elevation on the N flank of Chiginagak volcano on the Alaska Peninsula in May 1994. Strong steam emission is a common occurrence at this volcano and can be mistaken for eruptive activity.