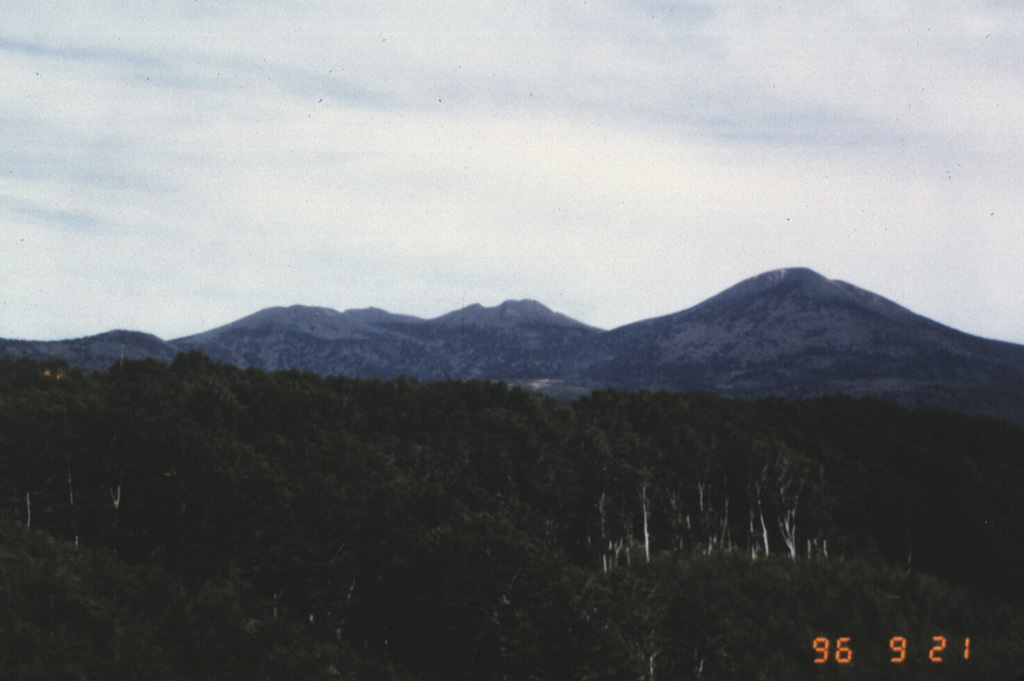 Hakkoda consists of a group of 14 cones and lava domes south of Mutsu Bay at the northern end of Honshu. The NE rim of an 8-km-wide Pleistocene caldera forms an arcuate ridge across the caldera floor to the NE of the Hakkoda group volcanoes, which bury the SE caldera wall. This view looks from the W towards the northern Akakuradake, Idodake, and Hakkodasan volcanoes seen from left to right. 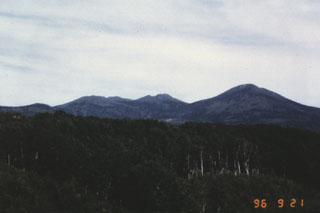