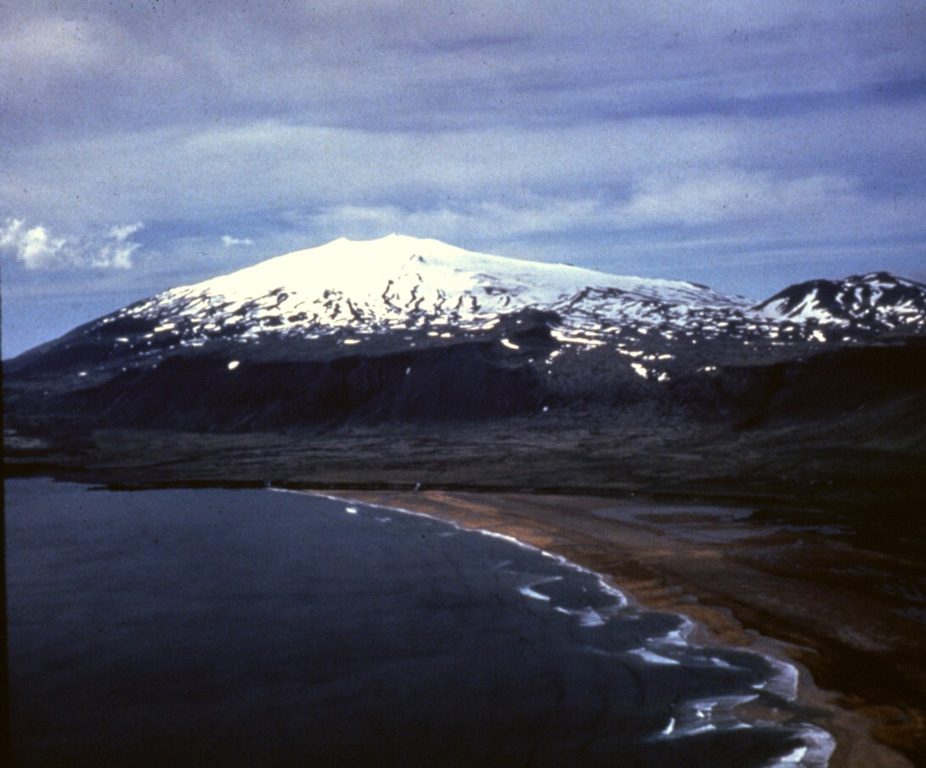 Glaciated Snæfellsjökull towers above Breiðavík bay at the western tip of the Snæfellsnes Peninsula in western Iceland. Numerous cones have formed across the flanks and Holocene lava flows extend across the entire western half of the edifice to the sea. One recent flow that reached the coast on the eastern flank can be seen in the left side of the photo. 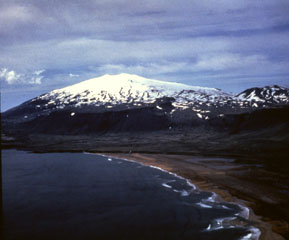