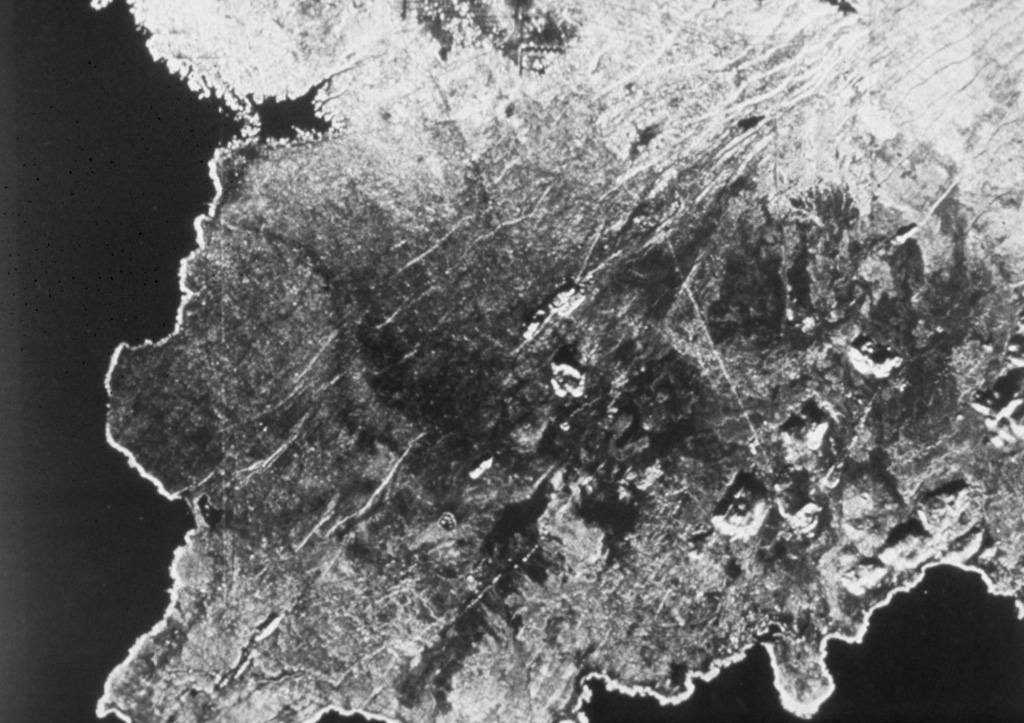 The two westernmost of five NE-SW-trending volcanic systems on the Reykjanes Peninsula cut diagonally across this aerial photo. The Reykjanes volcanic system, which lies near the SW tip of the peninsula, where the Mid Atlantic Ridge rises above sea level, has produced Holocene lava fields that extend to the western and southern coasts. The Krísuvík volcanic system, on the right side of the photo, has produced several eruptions since the settlement of Iceland. The latest of these took place during the 14th century.