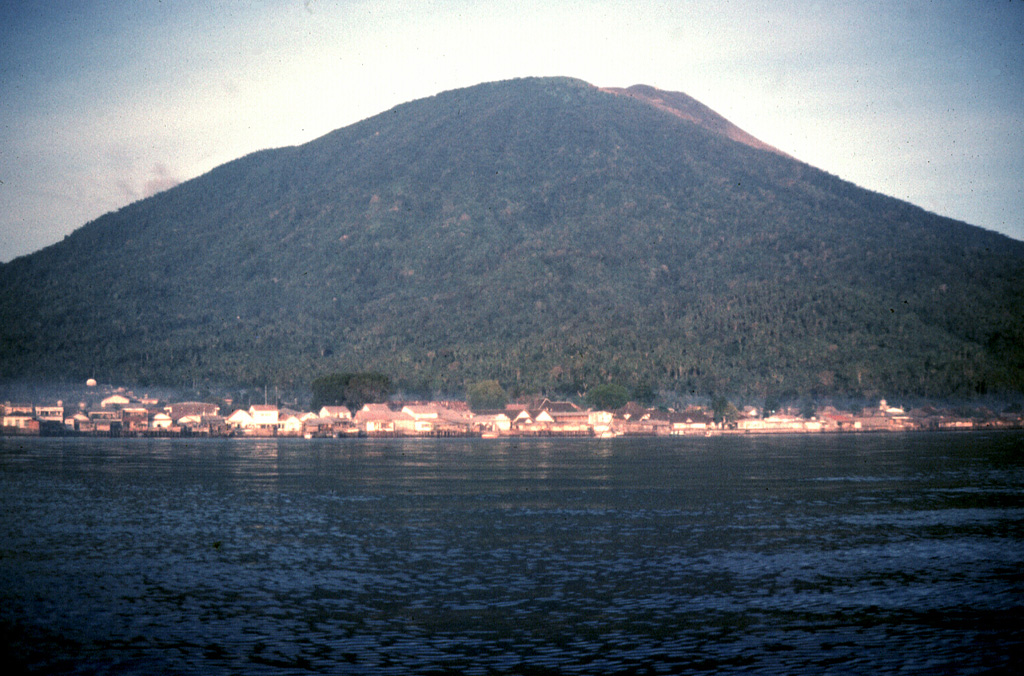 Gamalama (Peak of Ternate) is a near-conical stratovolcano that rises abruptly NW of the city of Ternate, the principal port of the renowned spice islands of northern Maluku. Three cones, progressively younger to the north, form the summit of Gamalama. Several maars and vents define a rift zone, parallel to the Halmahera island arc, that cuts the volcano. Eruptions from Gamalama, one of the most active volcanoes in Indonesia, have been recorded since the 16th century.