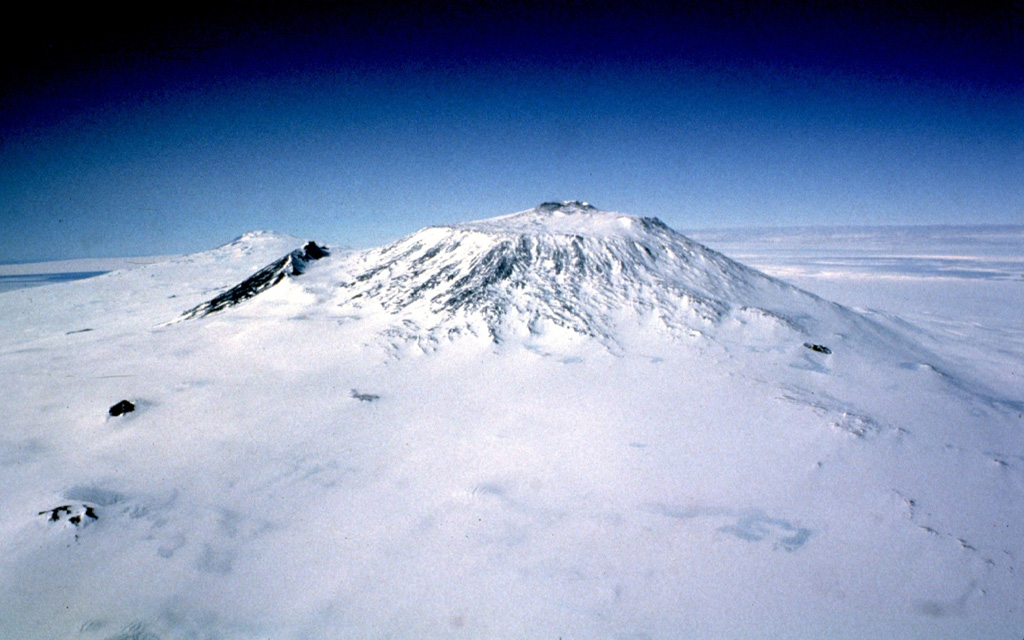 Mount Erebus, seen here from the west, is Earth's southernmost historically active volcano. The 3794-m-high peak is Antarctica's highest Quaternary volcano. A largely filled caldera forms a flat plateau at the summit above which the modern cone was constructed. Fang Ridge is the dark area on the NE (left) flank of Erebus, and Mount Terror, a large Pleistocene volcano on Ross Island, is visible on the left horizon.