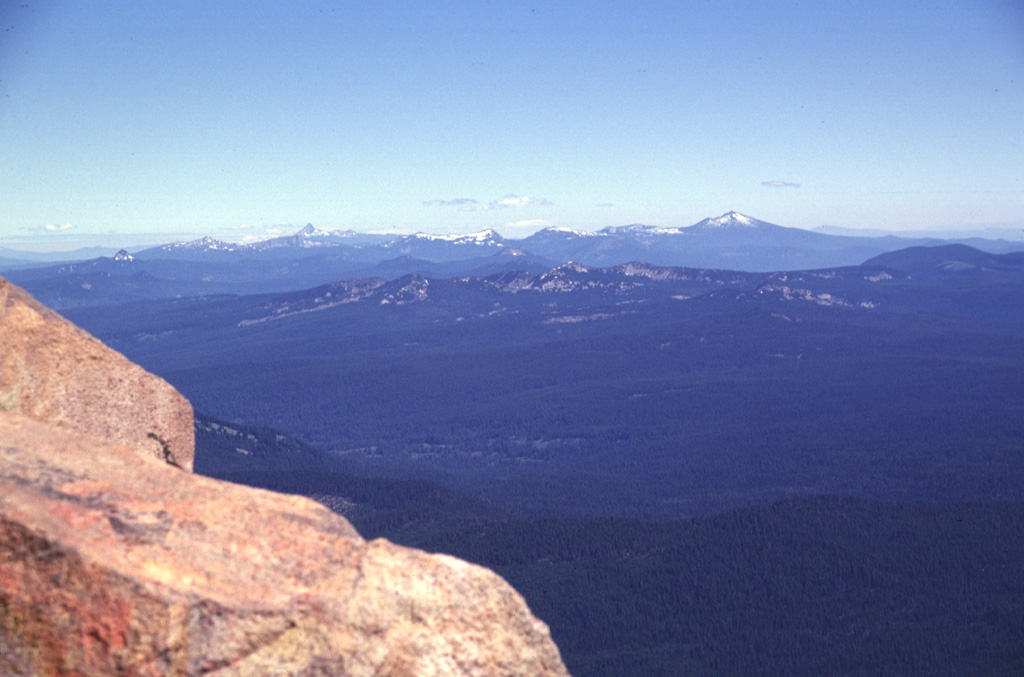 The snow-mantled peaks on the northern horizon are the remnants of Mount Mazama, seen here from the summit of Mt. McLoughlin. Mount Mazama was a complex of overlapping edifices that was once one of Oregon's largest volcanoes, until it collapsed about 7,700 years ago and formed the 8 x 10 km Crater Lake caldera. The highest peak to the right is Mount Scott, part of a pre-caldera edifice east of the caldera rim.