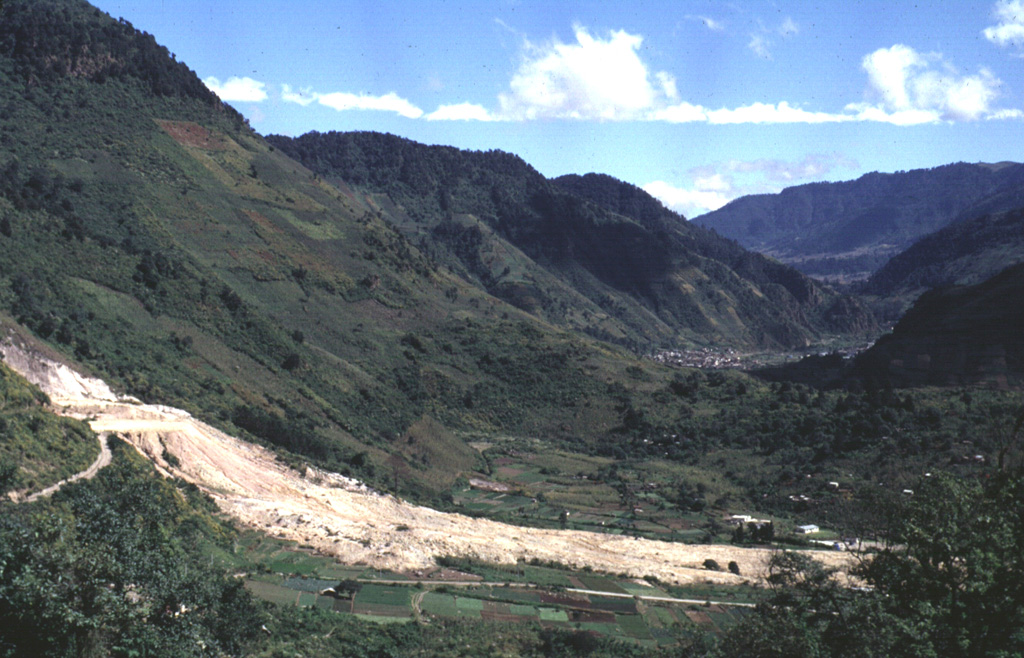 The light-colored area in the foreground is a landslide from the Almolonga volcano Zunil geothermal field that occurred on 5 January 1991. The landslide traveled 800 m from its source along the Zunil fault zone toward the Río Samalá and killed 23 people living on the valley floor and cut off the highway between Quetzaltenango and the Pacific coast. Some of the survivors of the slide were treated for burns from the hot flow. This view looks along the Río Samalá valley to the NE with the flanks of Cerro Quemado in the background to the left.