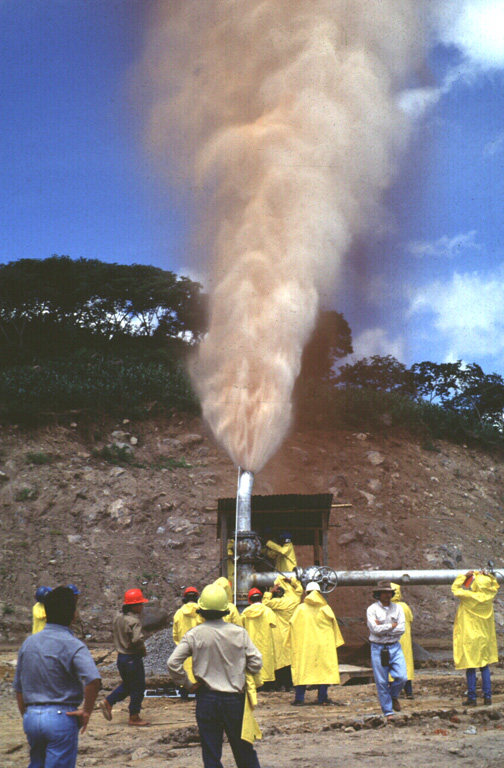 A plume rises from well CH-D during its opening in 1996. The Ahuachapán geothermal field was the first major field to be developed in El Salvador and has been operating since 1975. The geothermal field is located mostly in permeable, highly fractured Pliocene-Pleistocene volcanic rocks of the San Salvador formation that are capped by a series of young pyroclastic rocks and lava flows. A younger system of NW-trending faults localizes hydrothermal features within a series of step faults dropping to the north at the margin of the Central Salvadoran Graben.