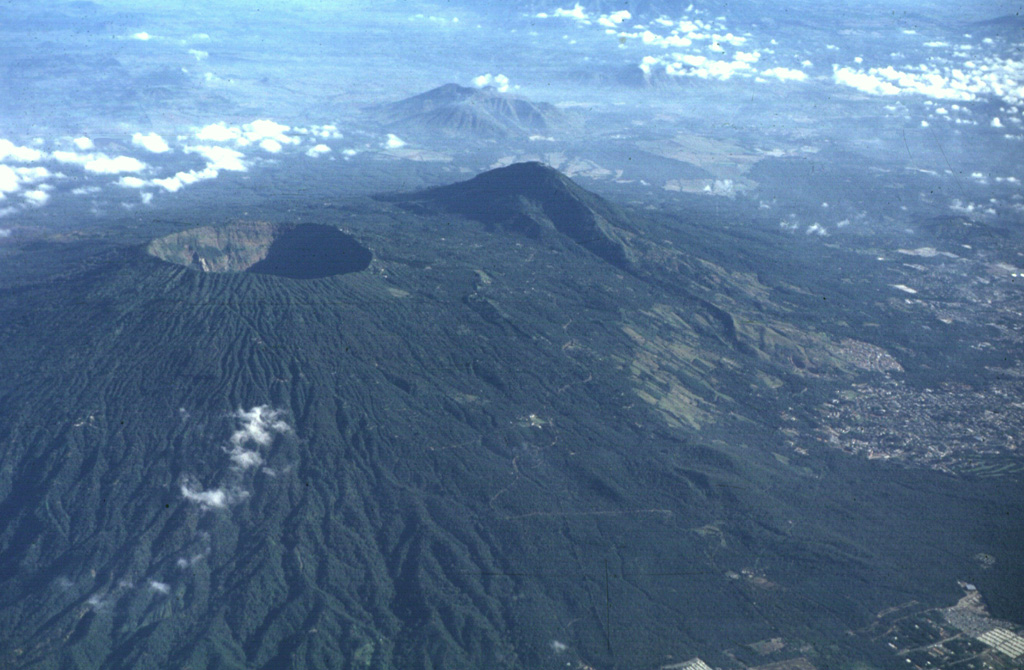 The 1.5-km-wide Boquerón crater formed during a major eruption about 1200 CE. The eruption produced a 0.3-0.5 km3 San Andrés Talpetate Tuff that went primarily to the west, and was accompanied by pyroclastic flows. The eruption was named after the San Andrés archaeological site, where it was first identified. The outskirts of the city of San Salvador extend up the flank to the right. 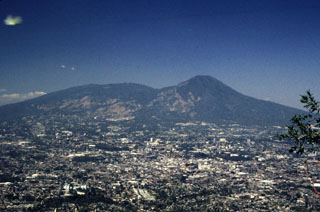