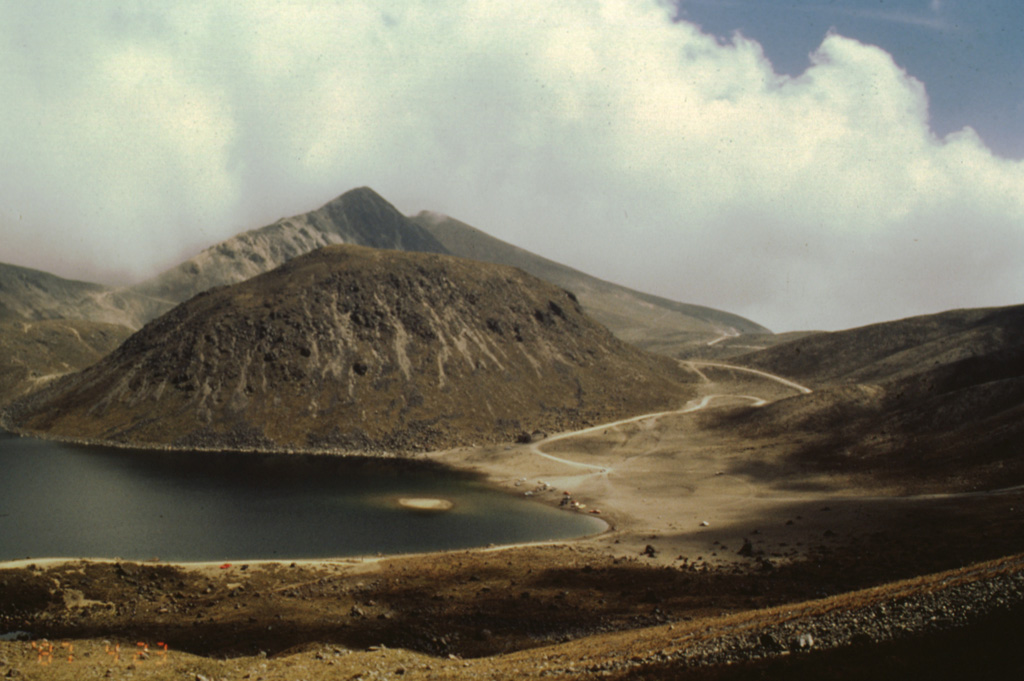 The rounded El Ombligo dome is one of the youngest features in the summit crater of Nevado de Toluca. The dome separates the crater floor into two lakes, the largest of which on the SW side of the crater (left) is called Lake of the Sun. The other lake, known as the Lake of the Moon, lies beyond the right side of the dome in this view, which shows the road leading into the summit crater to the right. 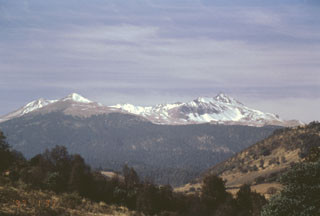