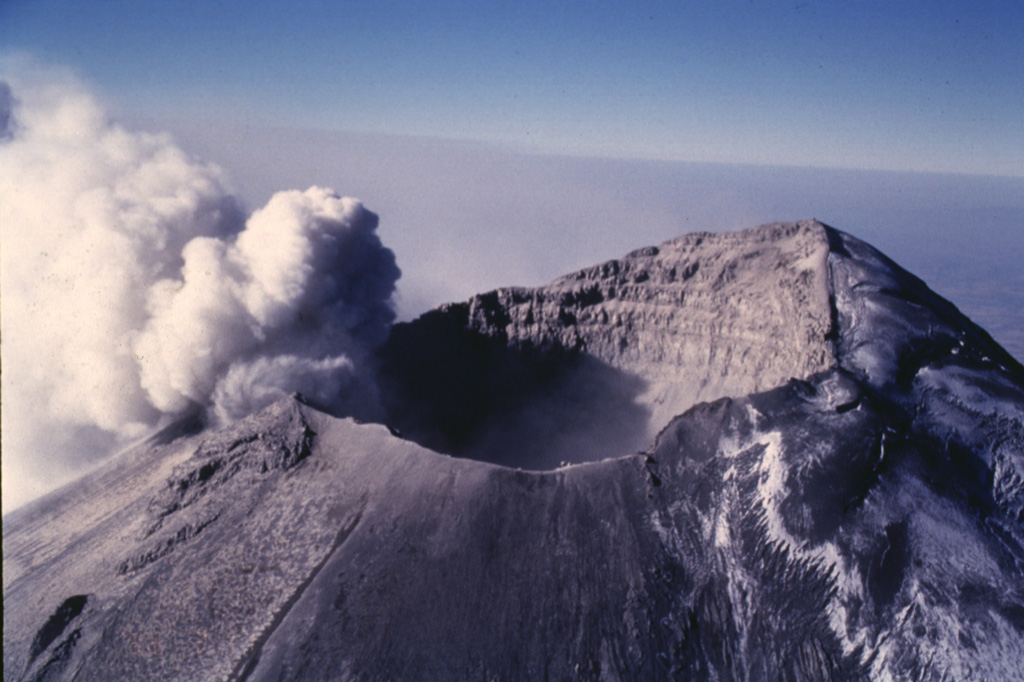 An ash plume erupts from the small vents along the eastern edge of the crater in this 11 March 1996 photo. The plume rises up to the crater rim then is dispersed by the predominant winds to the east, becoming detached from the summit crater after the explosion ends. The glacier on the NW (right) side of the crater is partly covered with dark gray ash from previous eruptions.