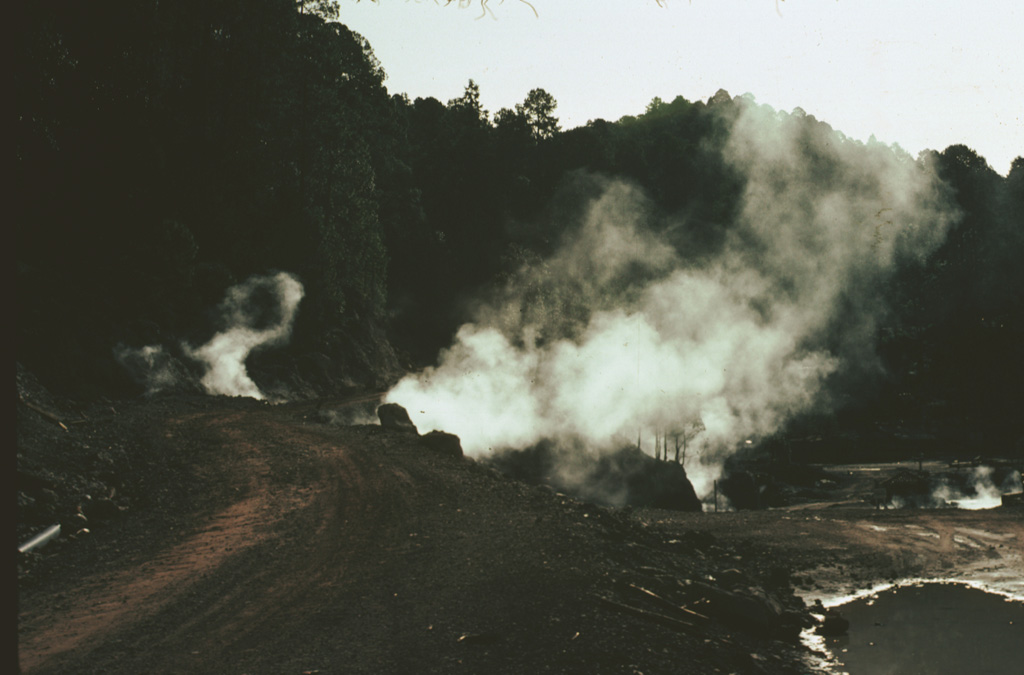 Steam rises from the Lagunas de Los Azufres, a thermal area namesake of Los Azufres volcanic center. Hot springs and fumaroles at Los Azufres are located along a series of major east-west-trending faults. The geothermal reservoir at Los Azufres lies in andesitic rocks that are capped by younger, altered rhyolitic lava domes and flows. In 1998 the field was producing 88 MW of power, with the potential to more than double the electrical output. 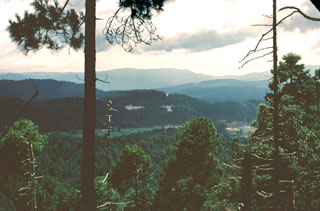