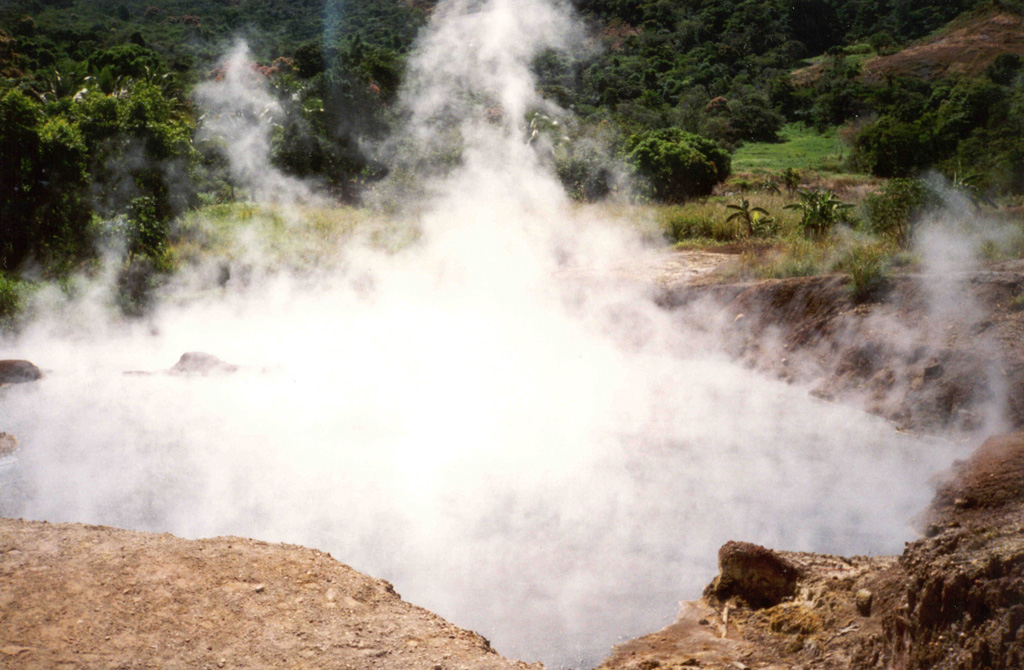 Steam rises above a hot pool at Agua Shuca, one of many thermal areas of the Ahuachapán geothermal field. A sudden hydrothermal explosion at Agua Shuca in October 1990 ejected steam and debris within a 200-m-radius, and 26 people living adjacent to the thermal area were killed. The Agua Shuca thermal area ESE of Laguna Verde volcano had historically been one of the most frequently visited areas at Ahuachapán. A previous explosion apparently took place in 1868.