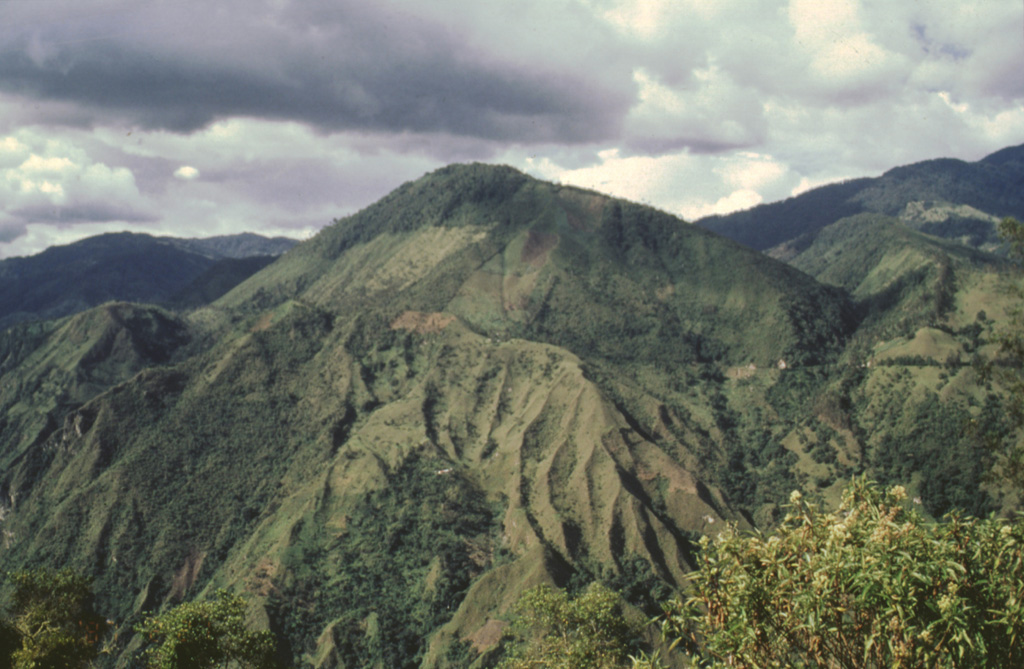 Two central lava domes of Cerro Machín volcano are seen here from the SW. A 3-km-wide caldera, whose rim is the horizontal change in slope across the center of the photo, opens towards the south. Late-Holocene eruptions produced block-and-ash flows that traveled to the west and south, beyond the caldera. Deposits from some of these eruptions form the eroded slopes in the lower part of the photo along the valley of the Toche River.