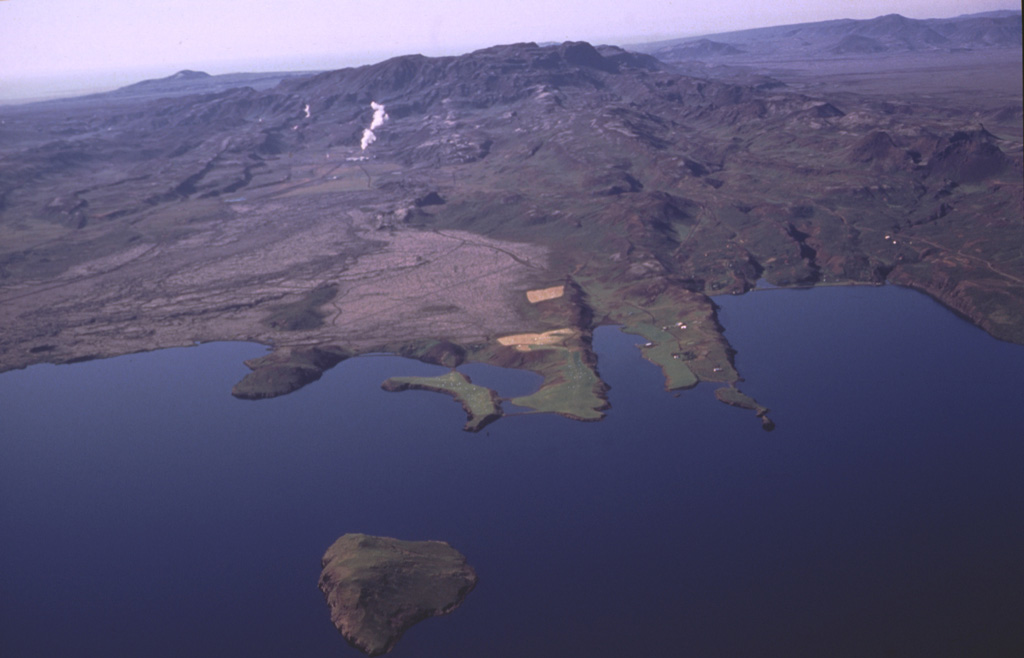 An aerial view from the NE shows the Hengill central shield volcano on the center horizon rising above Thingvallavatn lake. Steam rises from the Nesjavallavirkjun geothermal area in front of the peak. NE-trending fault scarps extend into the lake. Holocene fissure-fed eruptions have occurred from vents both northeast and southwest of the Hengill central volcano, with fissures extending into the lake. Just out of the bottom of the picture (north) is an island where phreatomagmatic activity created a tephra ring called Sandey about 1,900 years ago. 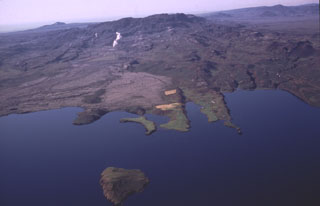