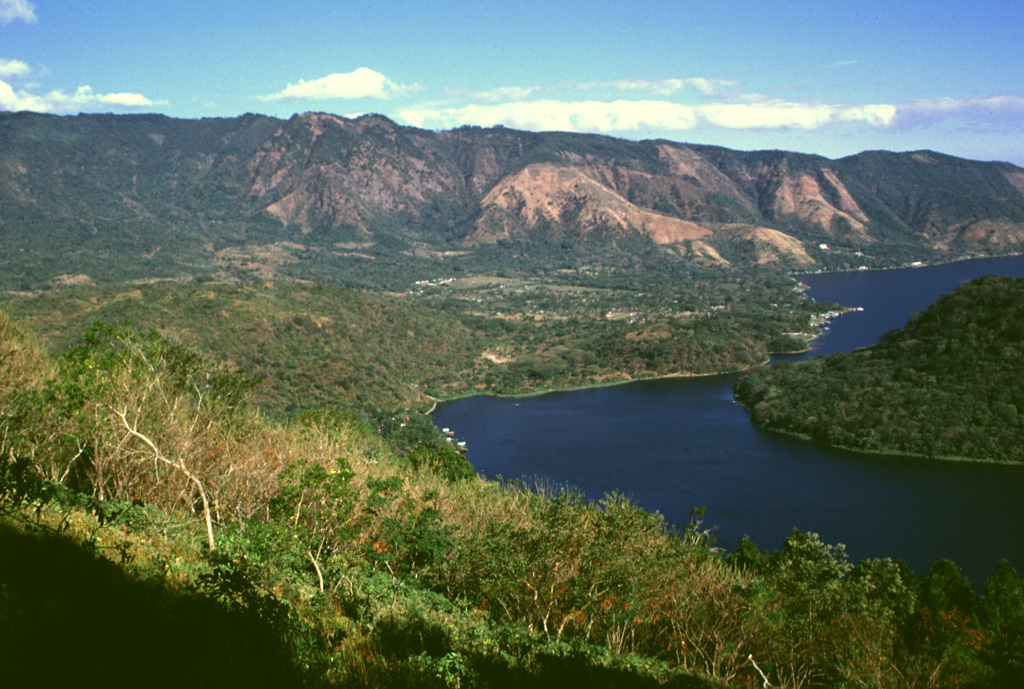 The SW part of Coatepeque caldera was formed about 57,000 years ago following the eruption of the roughly 16 cu km Congo biotite-bearing rhyolitic pumice-fall and pyroclastic-flow deposits. Plinian and phreatoplinian eruptions took place through a lake that formed in the NE part of the caldera, which had formed during the larger Arce eruption about 72,000 years ago. Post-caldera lava domes in the SW part of the caldera are seen in the middle ground.