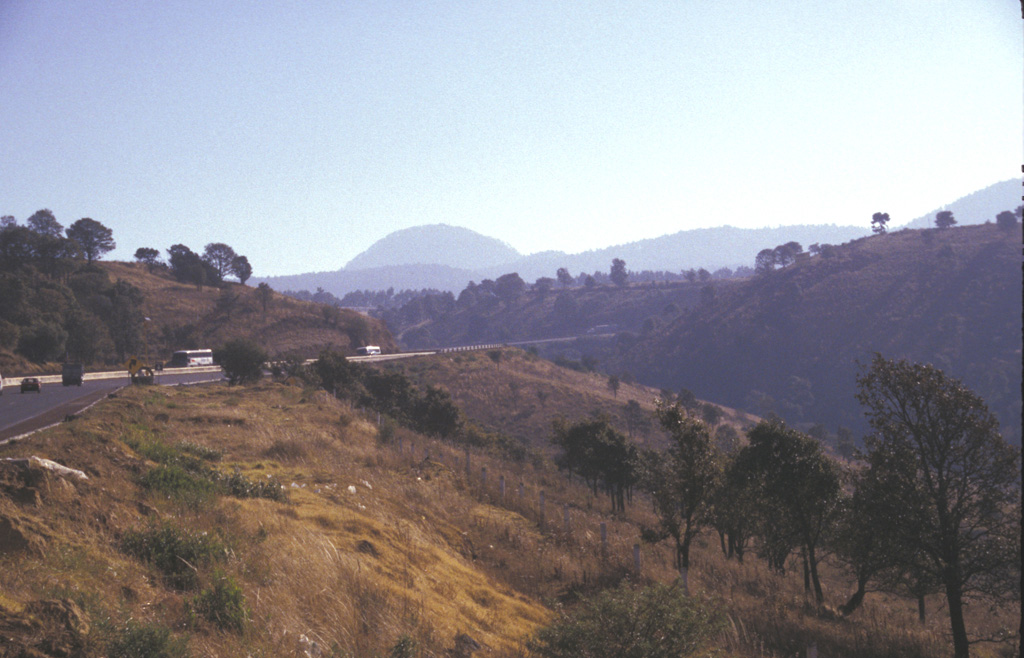 Papayo dome is seen in the center of this photo, a dacite lava dome along the crest of the Sierra Nevada 15 km north of Iztaccíhuatl volcano. The dome, seen here from the west, was the source of a voluminous postglacial lava flow that traveled 9.5 km to the WSW and more than 10 km to ENE. The Mexico City-Puebla highway (left) follows the northern margin of the lava flow, which covers an area of 84 km2. 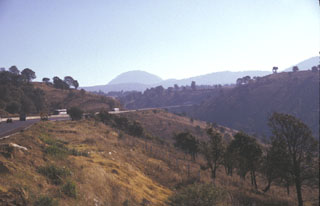