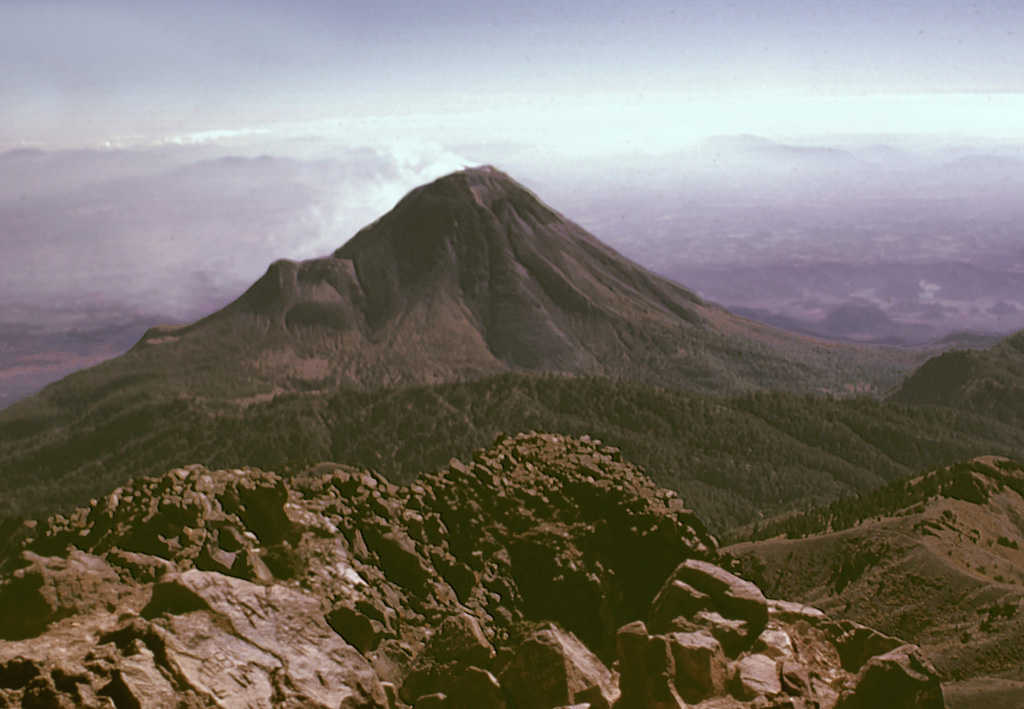 Colima volcano, also known as Fuego de Colima, is seen here from the summit of Nevado de Colima. The forested ridge extending across the center of the photo is the rim of a large caldera formed by collapse of an ancestral Colima volcano that was constructed on the southern flank of Nevado. The modern Colima volcano grew within this caldera during the past few thousand years. The higher knob on the NE (left) flank of Colima is El Volcancito, a lava dome formed beginning in 1869.