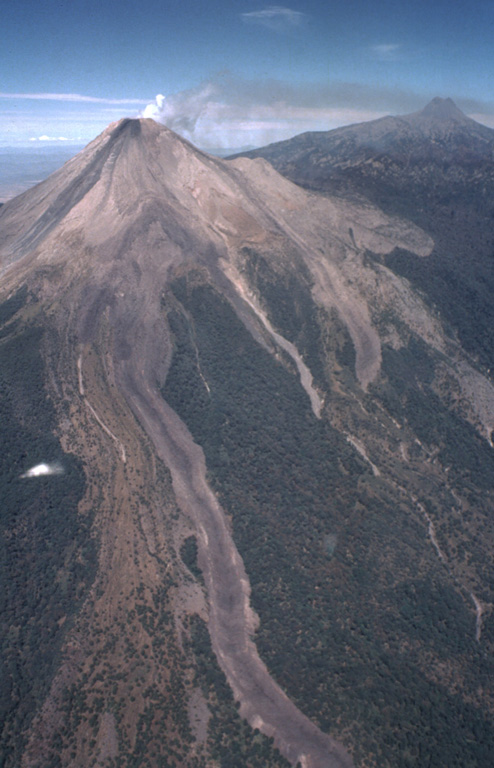 This 3.5-km-long lava flow was emplaced in 1975-76 at Colima. The flow split into two lobes on the upper flank; a shorter lobe drops diagonally to the right just below the light-colored barranca wall (center). Another flow during this eruption traveled down the NE flank and diverged around El Volcancito, the lava dome forming the ridge on the NE (right-hand) flank. A plume drifts to the NE toward the summit of Nevado de Colima.