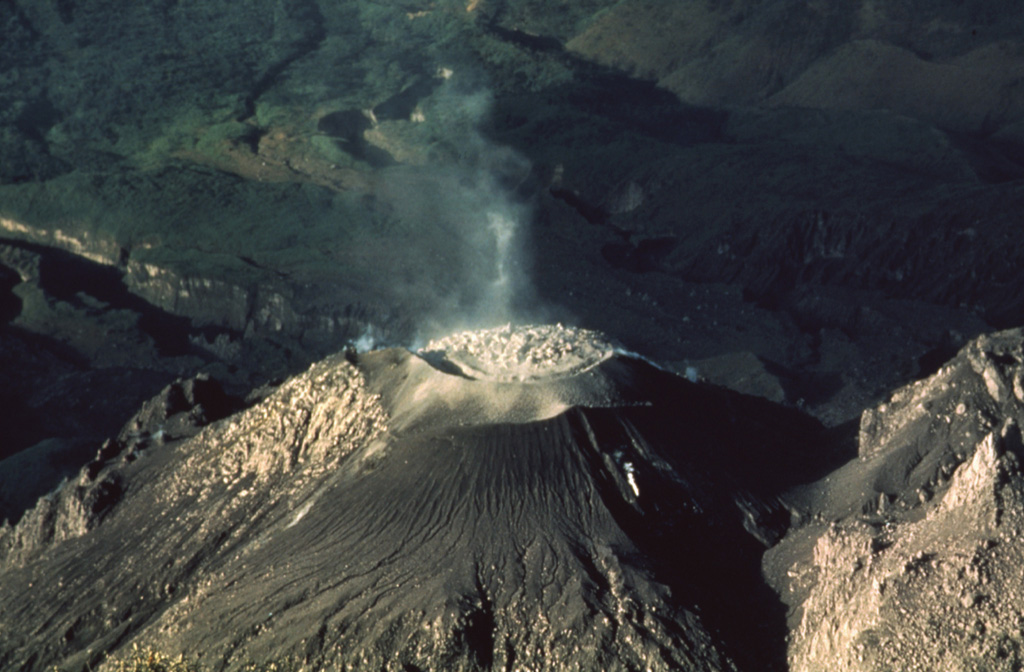 A lava dome fills the crater of the Caliente vent of a Santiaguito lava dome in 1988, as seen from the summit of Santa María. Slow dome growth was accompanied by periodic explosions that ejected ash plumes to about 1.5 km above the vent.