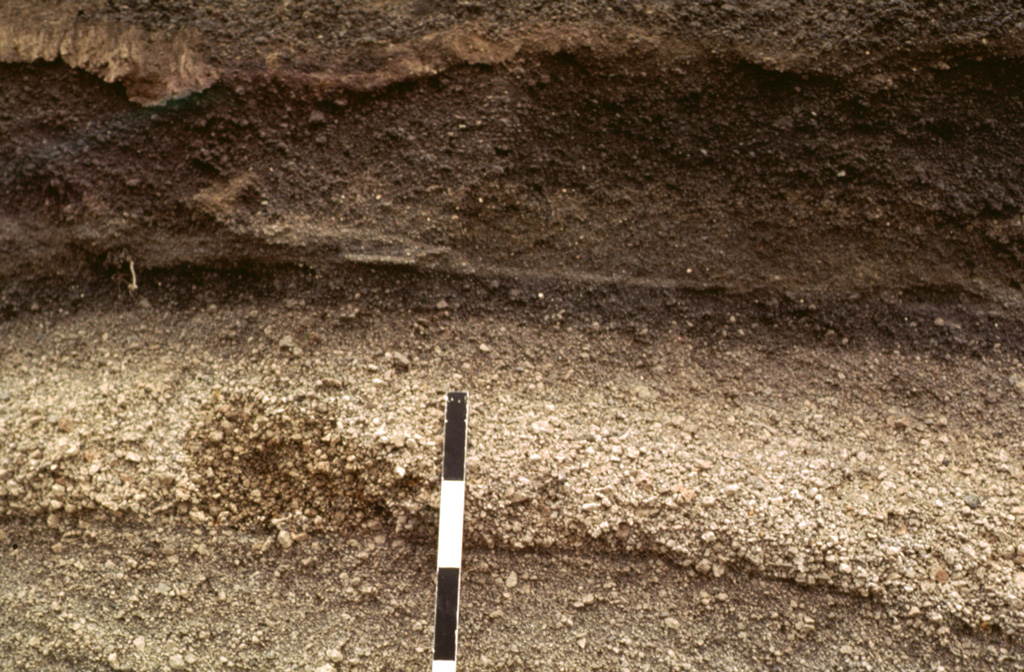 A tephra layer from Acatenango is exposed NE of the volcano along the road between Antigua and Yepocapa. Pottery fragments within the tephra layer were dated between 1,400 and 1,500 CE. Most Holocene eruptions from Acatenango originated from Pico Mayor, the southernmost and highest of the two peaks. The scale bar marks 10 cm intervals.