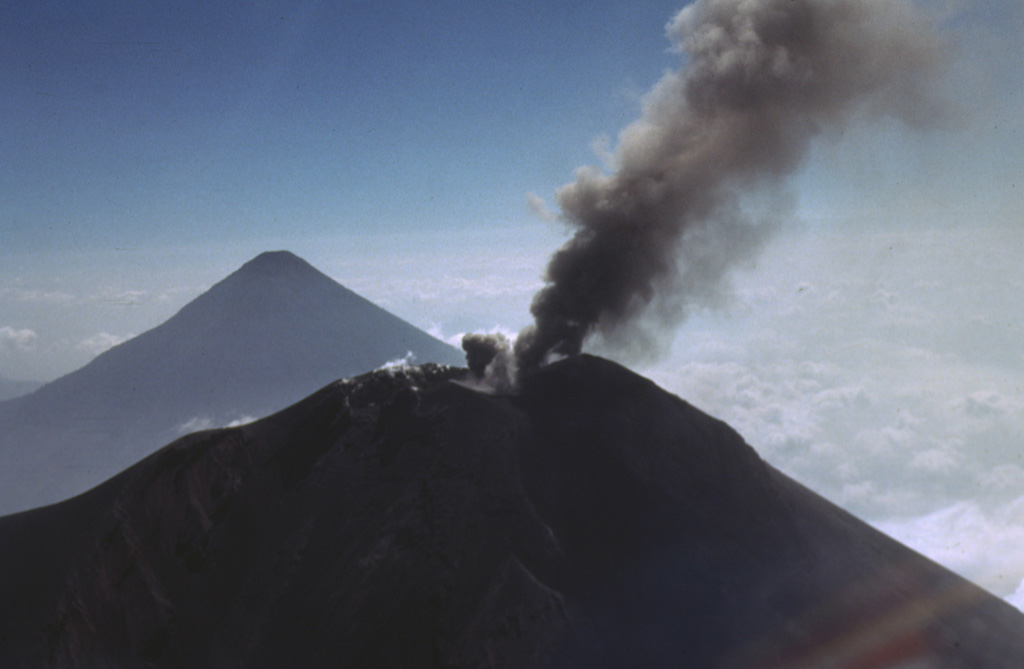 A small ash plume from the summit of Fuego on 27 February 1978 is deflected to the south as a second plume rises from another vent immediately to the left. Volcán de Agua is in the distance. Fuego erupted intermittently from September 1977 to August 1979.