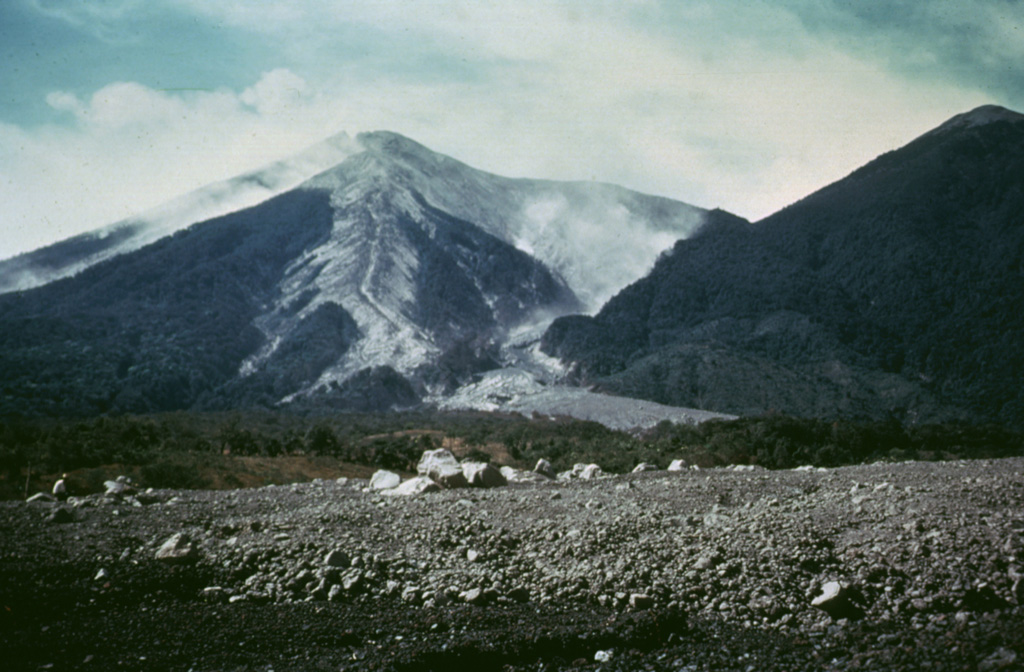 Hot pyroclastic flow deposits from the 1974 eruptions fill barrancas on the eastern flanks of Fuego. The deposit was the northeastern-most produced during the eruptions. Large blocks in the foreground were emplaced near the terminus of the deposit. The light-colored pyroclastic deposits extending from the summit are confined within levees with broader surge deposits that overtopped them.