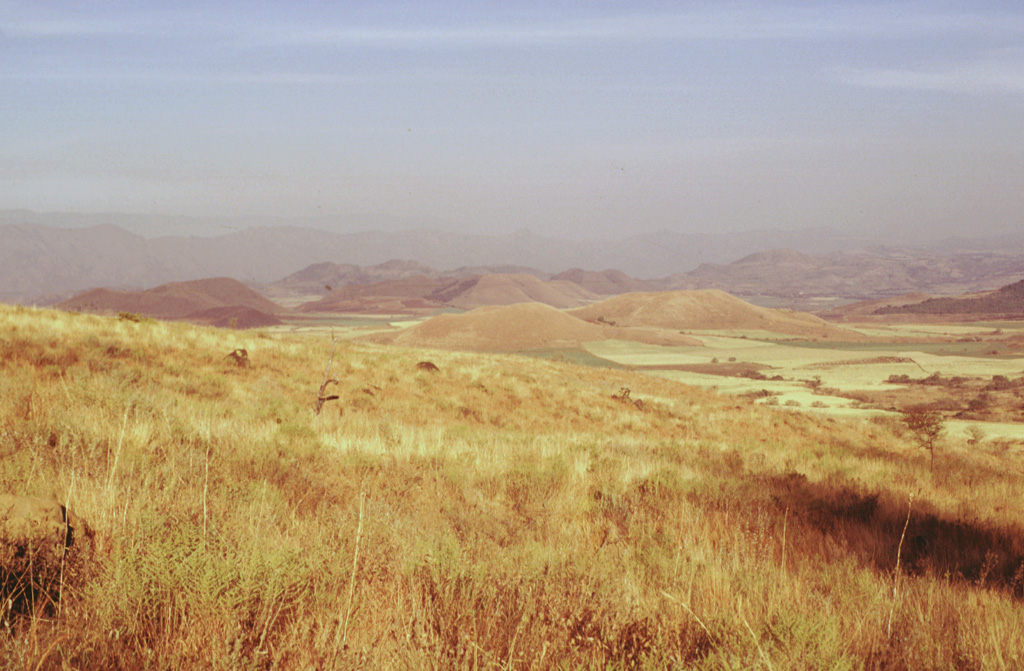 The hills in the center of the photo form part of the SE-flank cone alignment on Sangangüey volcano. This view looks to the SE from the side of cone C4. The cones extend beyond the flanks into the Tepic basin towards the Pleistocene Santa María del Oro maar that erupted through Miocene tuffs beyond the cones, which is not visible in this photo. 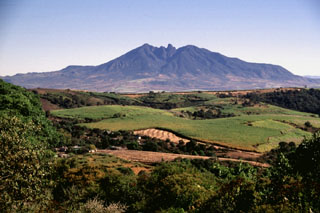