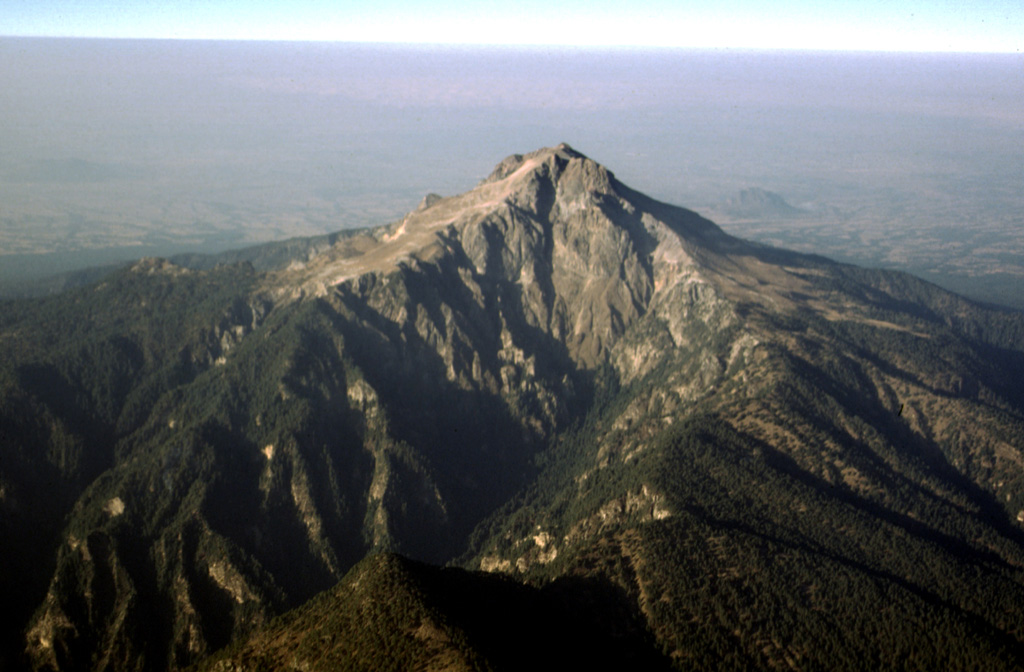 Malinche is located between the Popocatépetl-Iztaccíhuatl and Orizaba-Cofre de Perote volcanic ranges. The edifice is largely Pleistocene in age and is seen here in an aerial view from the SE. The canyons on the flanks are a result of glacial erosion. Holocene lahars from La Malinche associated with an eruption about 3,100 years ago reached the Puebla basin and affected precolumbian settlements.