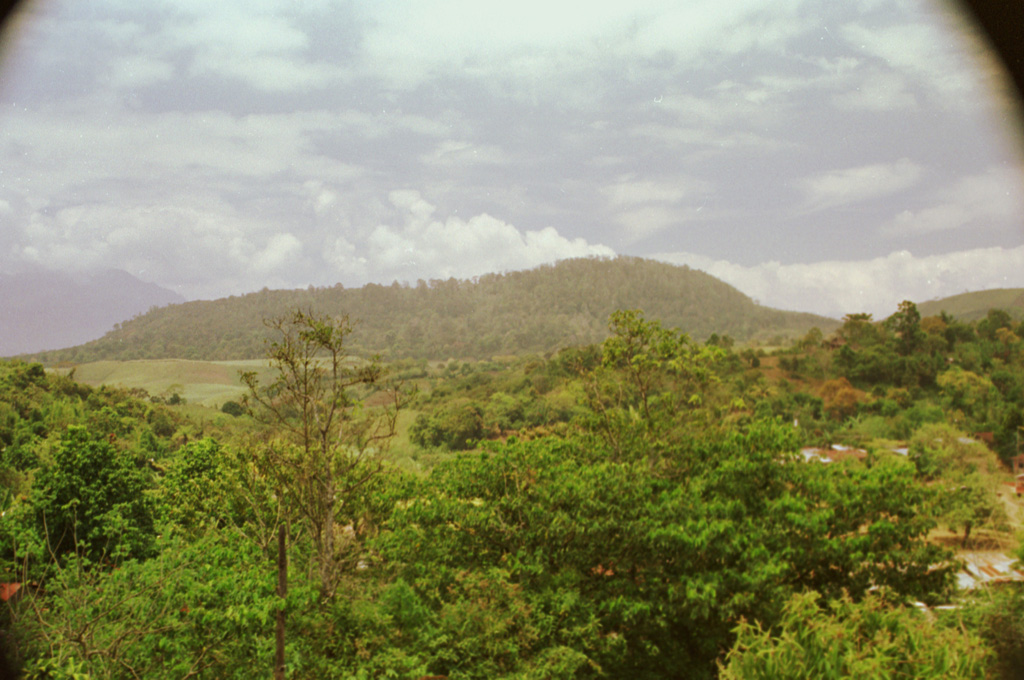 The SW-most of a chain of NE-trending cinder cones is the largest of a cluster of cones north of Lake Yojoa. This large cone was constructed at the intersection of two roughly orthogonal chains of young pyroclastic cones. The cones of the Lake Yojoa volcanic field were built along fissures; these parallel faults that also define the rectilinear shores of the lake and cut Cretaceous limestones on the west side of the lake. 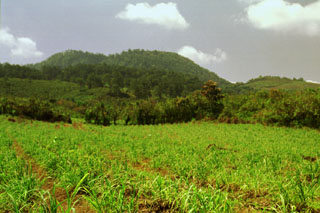