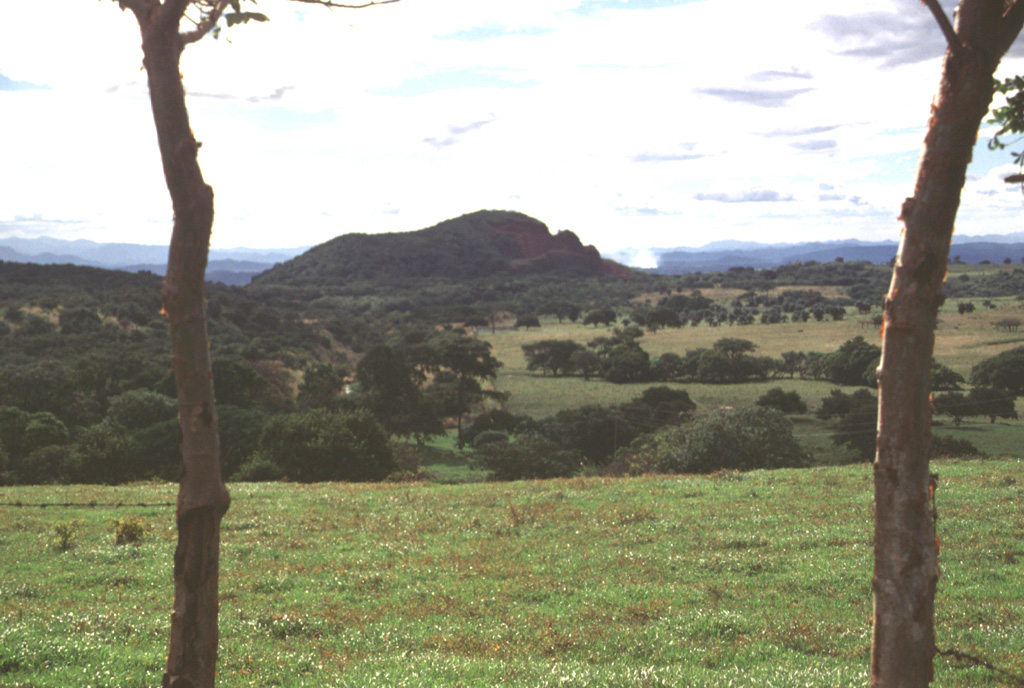 The small pyroclastic cone Cerro Chopo (also known by the religious names of Anunciación, Coronación, or Asunción) is seen here from the ENE along the road between Canas and Tilarán south of the Guanacaste Range. The 250-m-high basaltic pyroclastic cone was constructed over the flat-lying surface in the foreground, which is underlain by Pleistocene regional ignimbrites, lahars, and andesitic lava flows. The age of the cone has been roughly estimated to be between 40,000 and 10,000 years old. 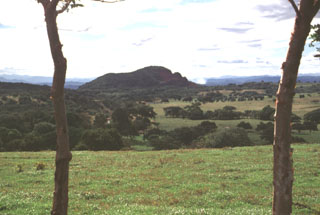