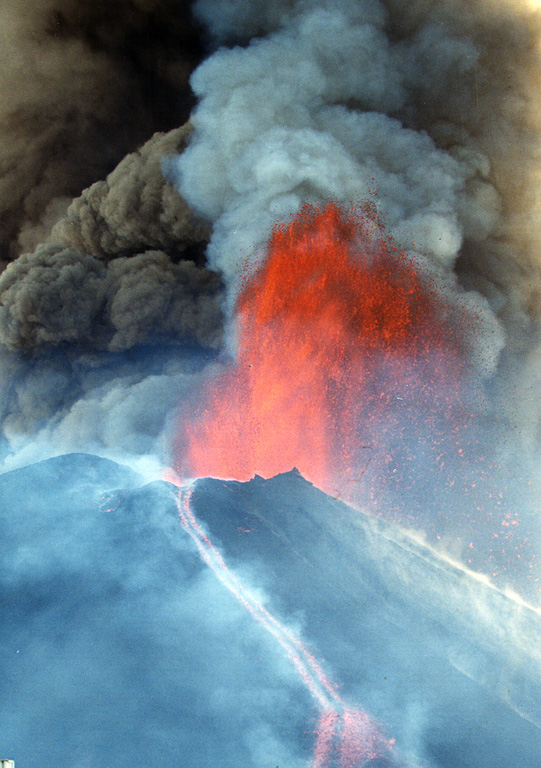 An incandescent lava fountain rises above MacKenney crater during a major eruptive episode on January 16, 2000 against a backdrop of ash-rich and ash-poor eruption clouds. The fountaining feeds a lava flow that descends the northern flank of the cone. After a quiescent period of nine months, eruptive activity had been more or less continuous at Pacaya since January 1990. Activity has consisted of frequent moderate eruptions that build up the summit cone, punctuated by occasional larger explosions such as this one that enlarge the crater and reduce the height of the cone.