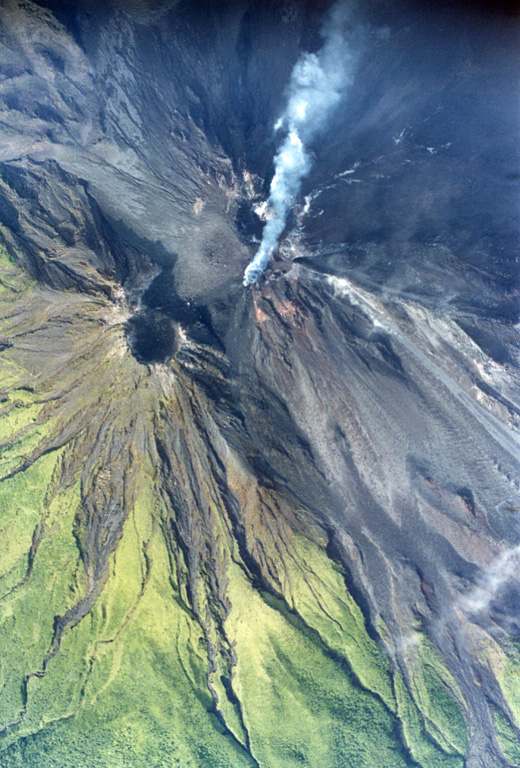 This 8 September 1999 aerial photo shows an active lava flow from the Crater C complex directed towards the NNW, with lobes to the NE. The peak below and to the left of the degassing crater is the pre-1968 summit crater. The 1968-2010 eruption produced lava flows that covered much of the NW-to-SW flanks.