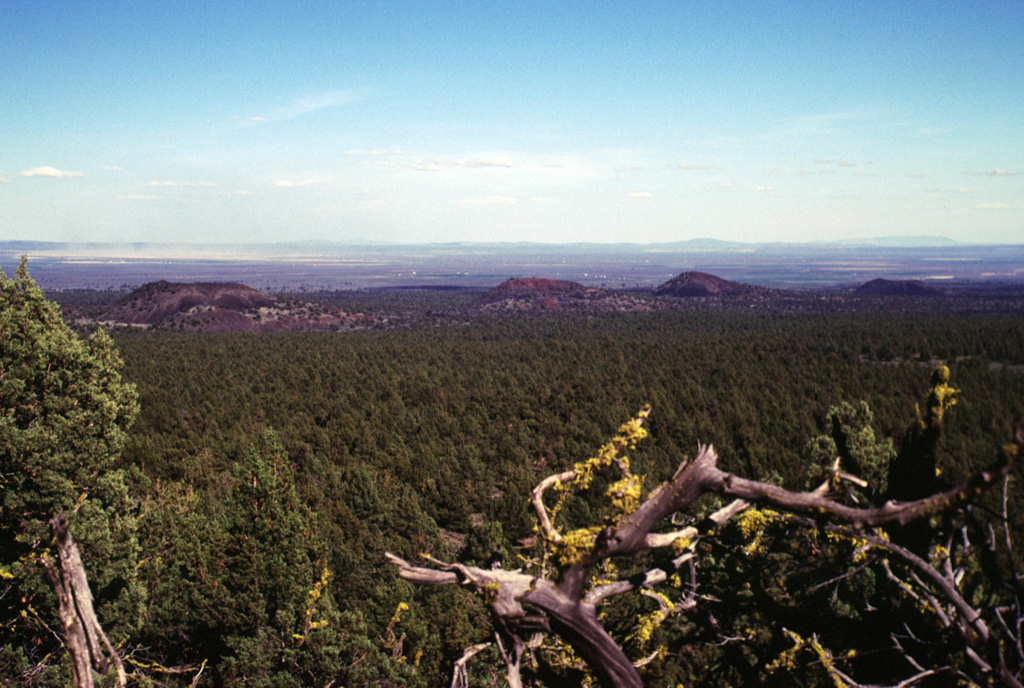 Craters of the aptly named Four Craters Lava Field are seen here from the NW on Green Mountain. The Four Craters field is the SE-most of a group of three lava fields SE of Newberry volcano in the High Lava Plains of central Oregon. Four pyroclastic cones were constructed along a roughly 4-km-long NW-SE-trending line. The age of the Four Craters lava field is not known precisely but could be latest Pleistocene or early Holocene. 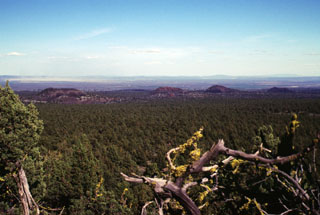