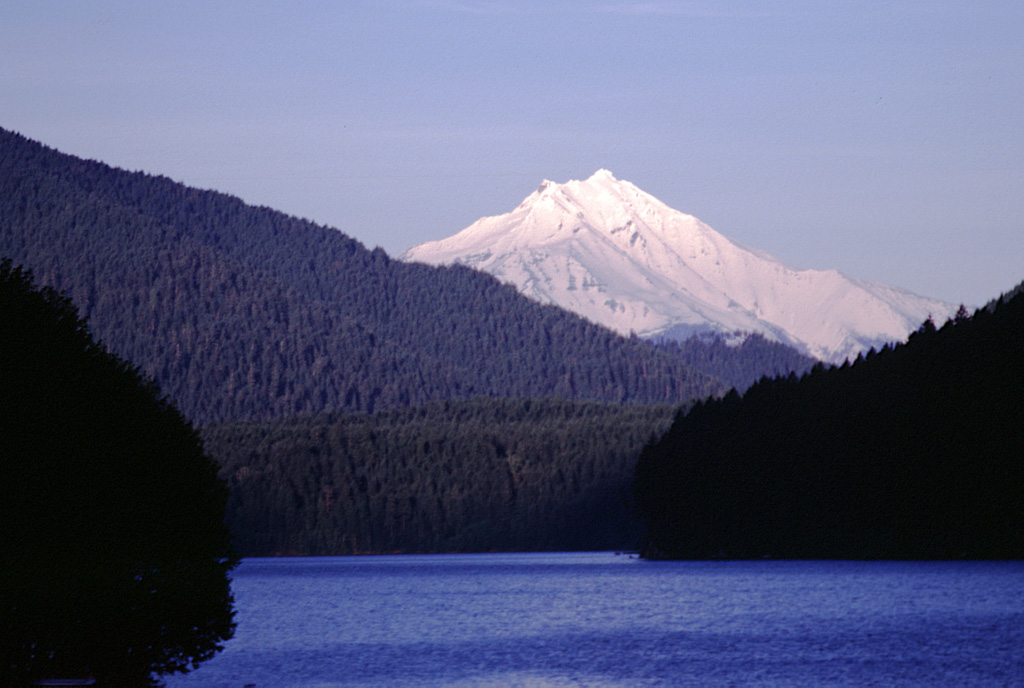 Snow-capped Mount Jefferson, Oregon's second highest peak, rises above Detroit Lake, a hydroelectric reservoir NW of the volcano. The Mount Jefferson region is a popular recreational area in the central Cascades and is the centerpiece of the Mount Jefferson Wilderness Area. The Pacific Crest National Trail transects about 40 miles of the wilderness area, and Mount Jefferson itself is one of the more challenging climbs of Cascades volcanoes.