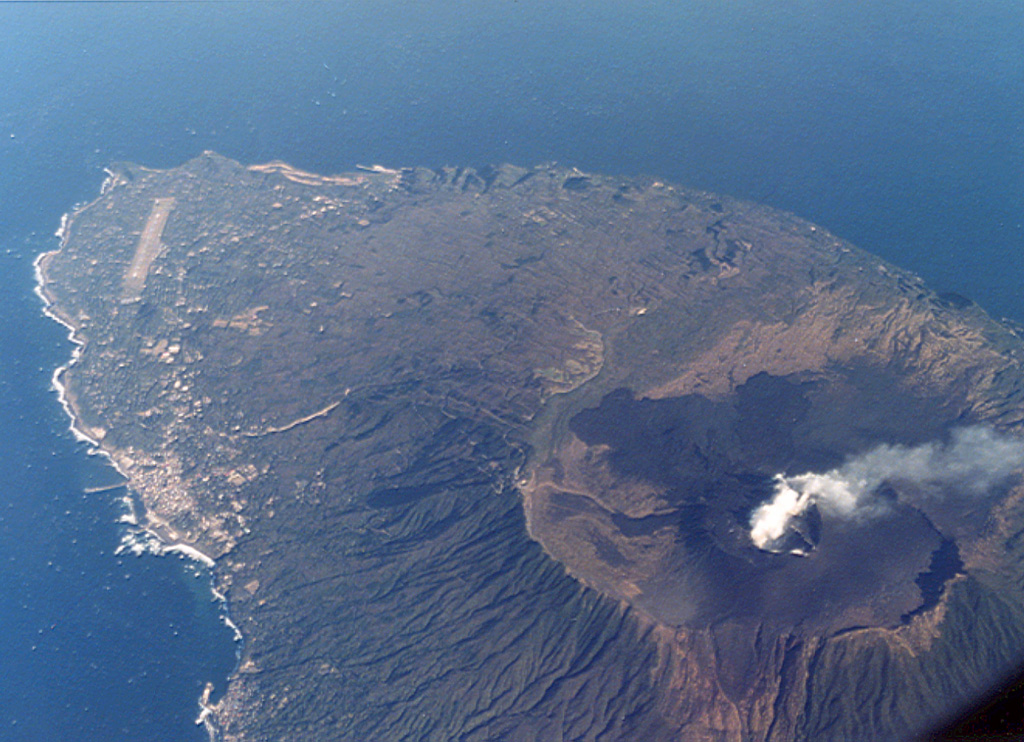 A plume rises from the crater of Miharayama on Oshima island. It lies within a 4-km-wide caldera, the rim of which is prominently visible in this aerial photo from the SW. Dark-colored lava flows from the 1986 eruption cover part of the caldera floor. More than 40 cones are located within the caldera and along two parallel rift zones trending NNW-SSE across the island. The port city of Motomachi on the west coast is to the left and the island's airport is at the upper left.