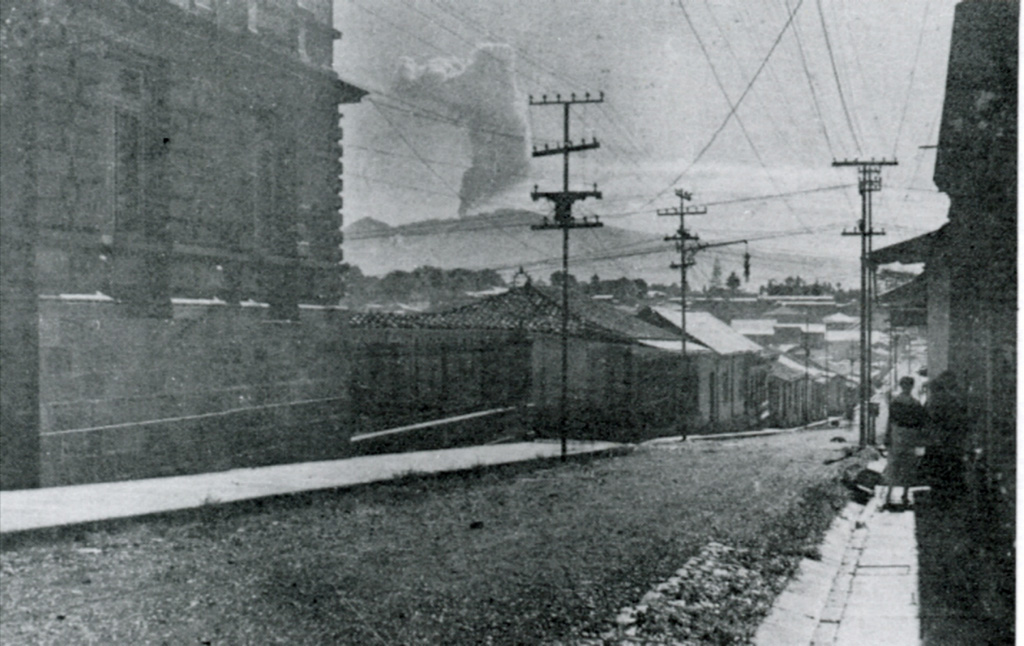 An ash plume above the Irazú summit crater is seen here in 1917 from the national theater in San José. All summit craters were reported to be active on 27 September 1917, after which activity steadily intensified. Ash fell in Curridabat on 18 November and again a month later, when ash also fell in Tres Ríos. On 6 January 1918 ashfall reached San José, Heredia, and Puriscal. Intermittent explosive activity continued until 1921, with an explosion on 30 November 1918 producing ashfall as far as Nicoya.