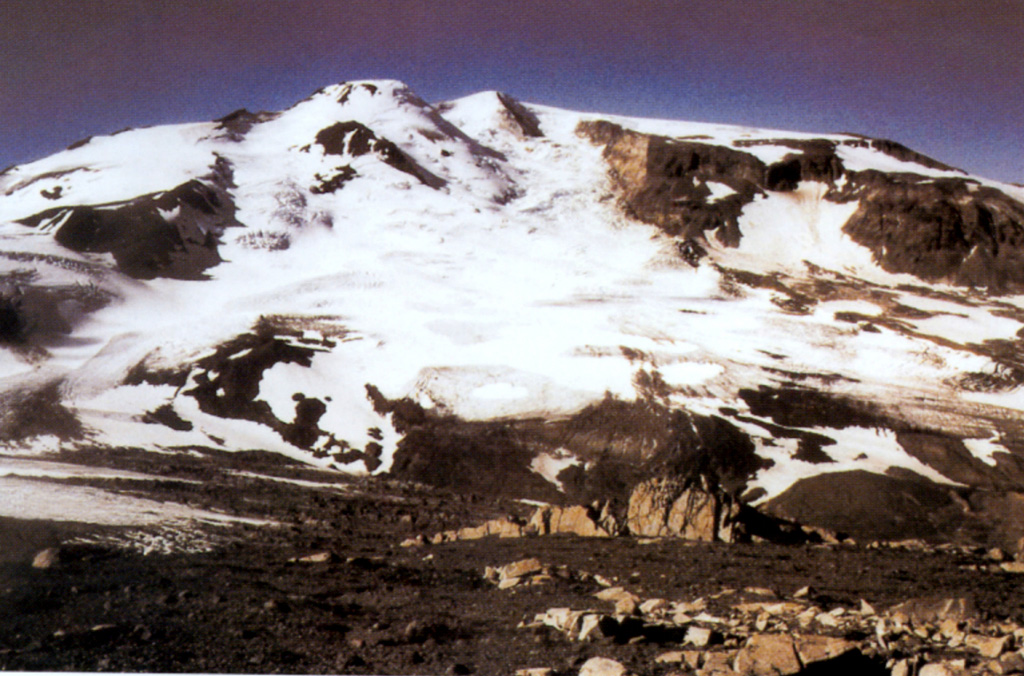 Snowy Mountain volcano lies 15 km NE of Mount Katmai. An ice-topped Holocene lava dome on the central skyline partly fills an ice-mantled scar that formed as a result of edifice collapse of the NE flank. The summit (Peak 7090) lies just behind the dome to its right. The Serpent Tongue glacier flows from the amphitheater. 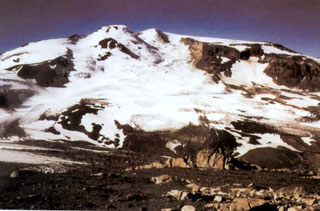