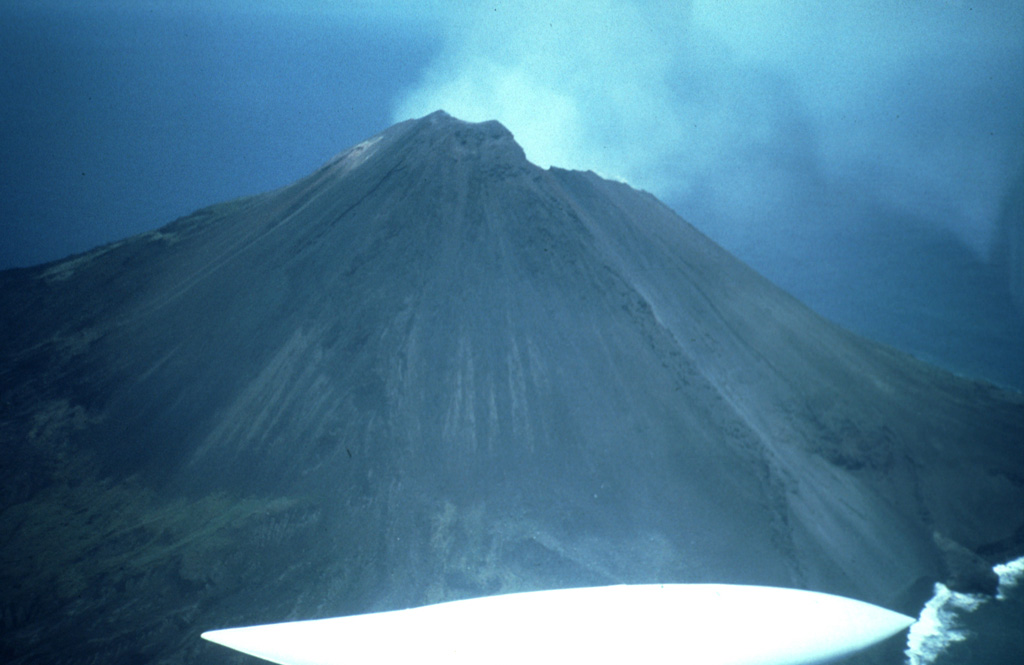 An aerial view from the SW shows the upper slopes of Asuncion in the northern Mariana Islands. It forms a circular 3-km-wide island that has had no permanent residents since the late 17th century. An explosive eruption in 1906 produced lava flows that descended about halfway down the W and S flanks. 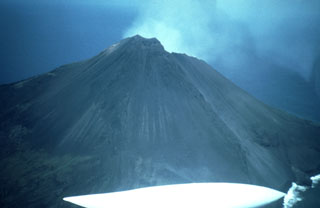