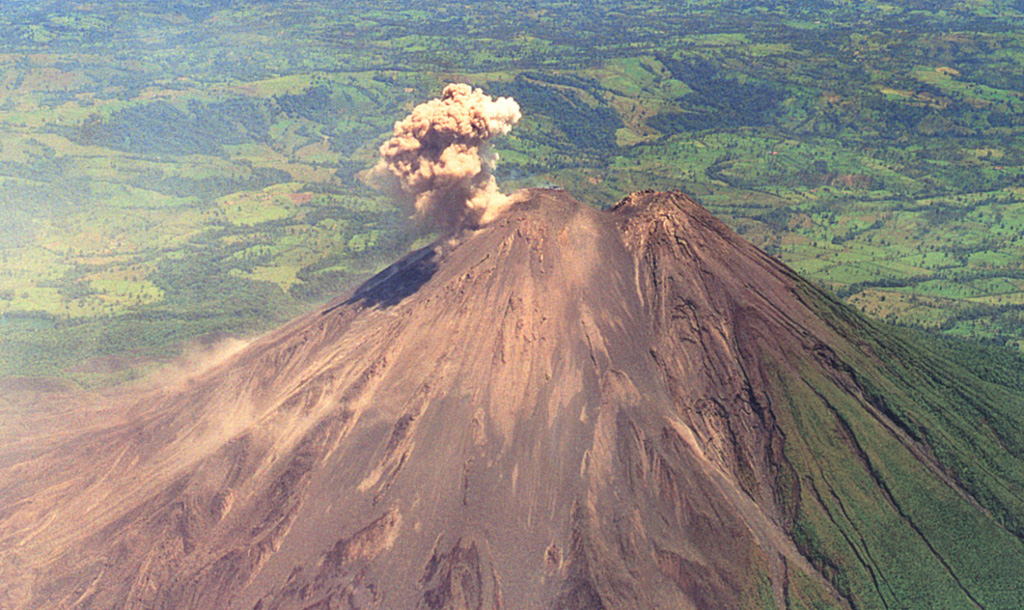 An ash plume rises from the active summit crater of Arenal in this April 1998 view from the south. A small saddle separates the unvegetated post-1968 cone from the pre-1968 cone (right). During April 1998 lava flows traveling down the northern-to-western flanks, and blocks on the NW Crater C wall, broke loose and tiggered small avalanches. This relatively minor activity preceded a larger eruption that produced pyroclastic flows on 5 May.