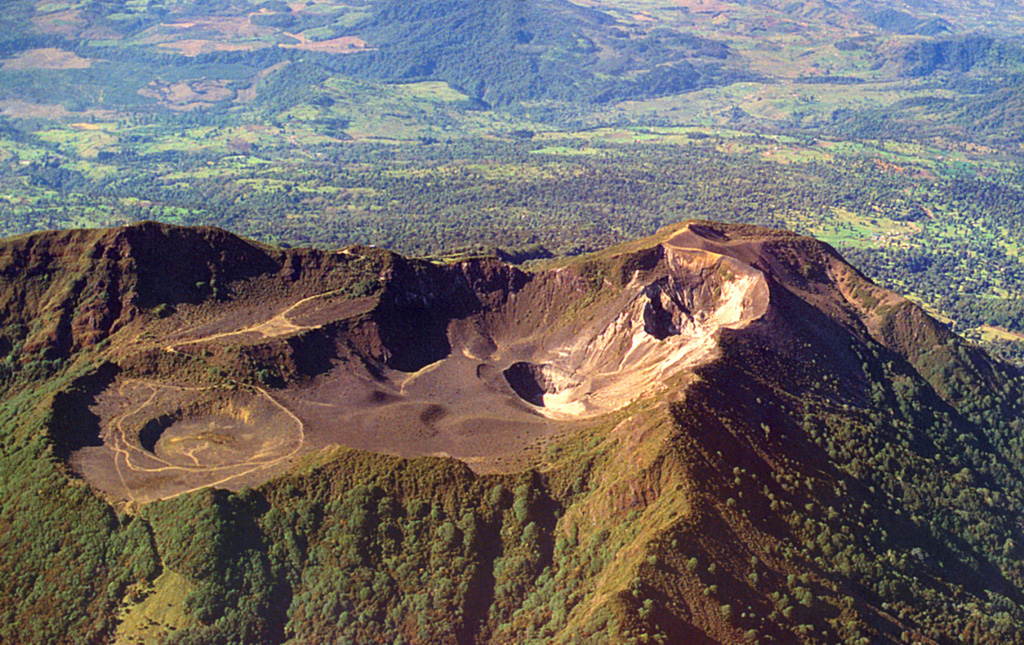 The summit crater complex of Turrialba volcano is seen here from the north, with the Central Valley of Costa Rica in the background. Three well-defined craters can be seen at the upper SW end of a broad 800 x 2200 m wide summit depression that is breached to the NE. Turrialba has been quiescent since a series of explosive eruptions during the 19th century that were sometimes accompanied by pyroclastic flows. Hydrothermally altered ground can be seen at the central and SW summit craters (right), where fumarolic activity continues.