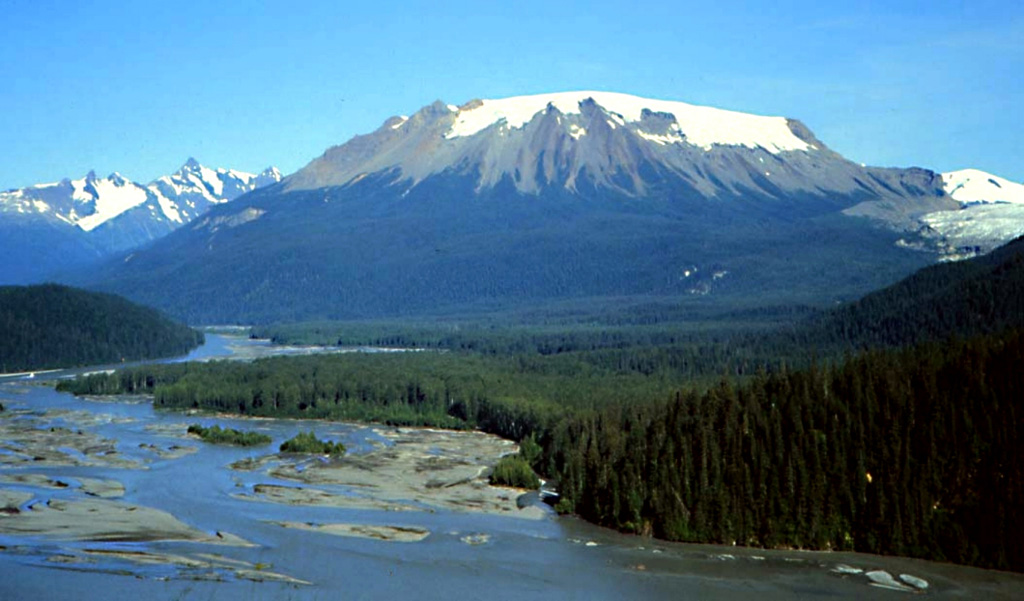 Hoodoo Mountain, as seen from the SE across the Iskut River in northwestern British Columbia, is a flat-topped stratovolcano. It has an ice cap 3 km in diameter and has had several episodes of subglacial eruptions. Most of the deposits are lava flows. The oldest eruptions of the volcano occurred about 100,000 years ago and the most recent eruptions about 9,000 years ago. This is one of the largest peralkaline volcanoes in the northern Cordilleran volcanic province. 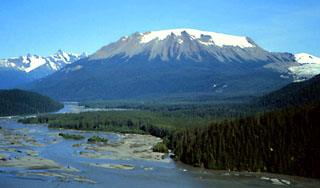