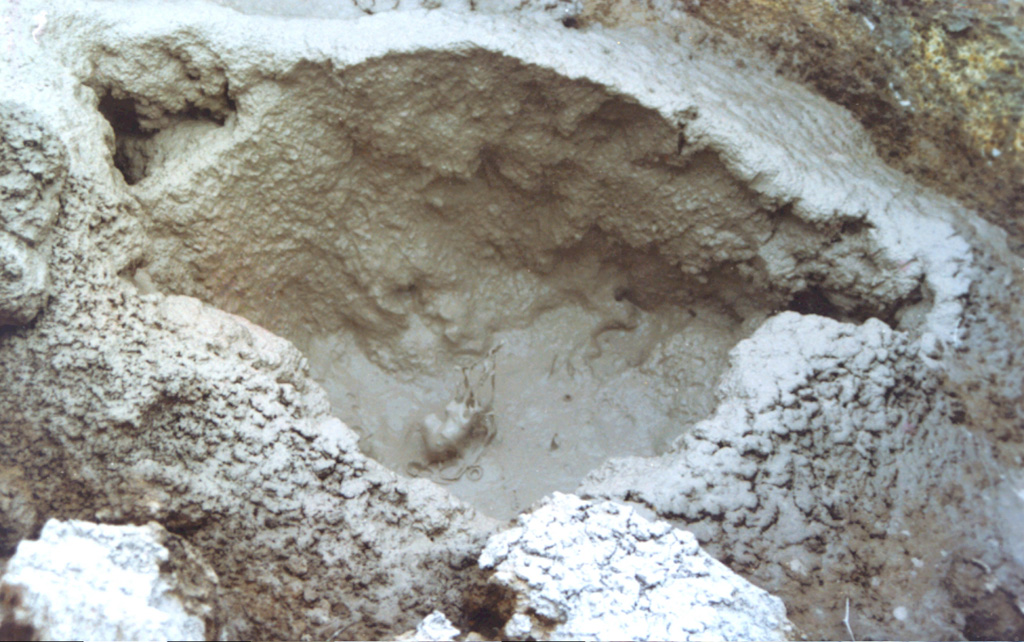 Mudpots are found at hydrothermal areas near the summit of Cerro Evermann. Fumaroles appear at the base of a relatively young lava dome, which is apparently the youngest feature in the summit area. This dome has obsidian margins and appears to have filled an older crater in a depression about 100 m below the summit to the north. The most active area is on the SE side of the north dome and includes areas of vapor, boiling water or mud, clay alteration, sulfates, and sulfur encrustations.