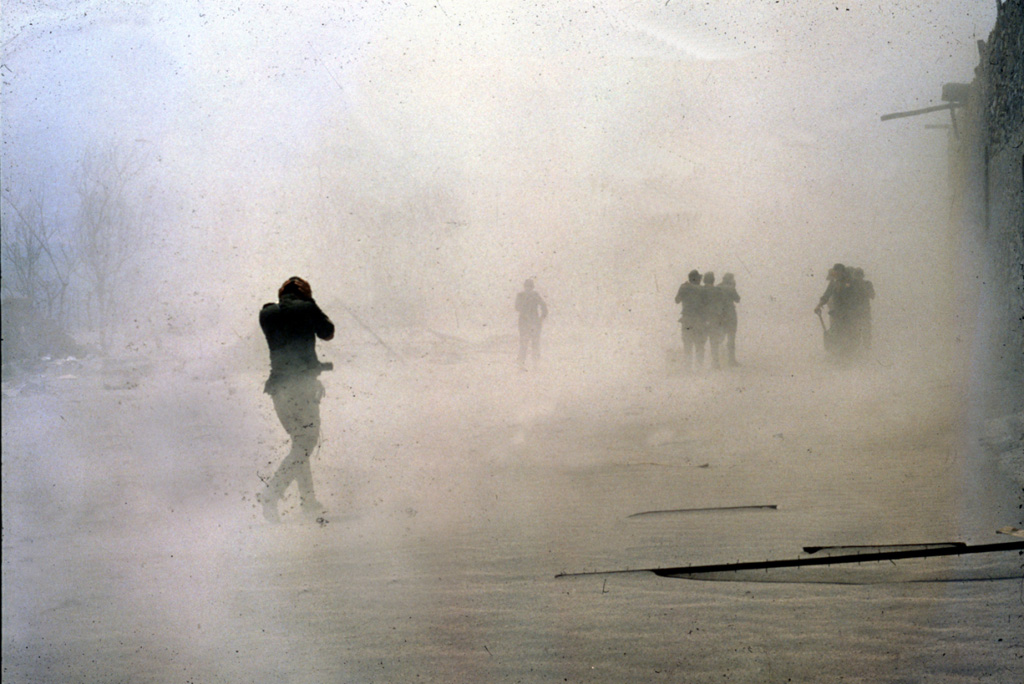 Soldiers search the town of El Naranjo, 7.5 km south of the crater, a few days after the end of the eruption amidst remobilized ash. Approximately 2,000 people were killed, among them were one geologist and 32 soldiers sent to the village of Francisco León, ~ 6 km SW of the summit, after the 28-29 March explosion. The pyroclastic flow that traveled through Francisco León left only a thin deposit, but the only remaining structure in the village was remnants of the church.