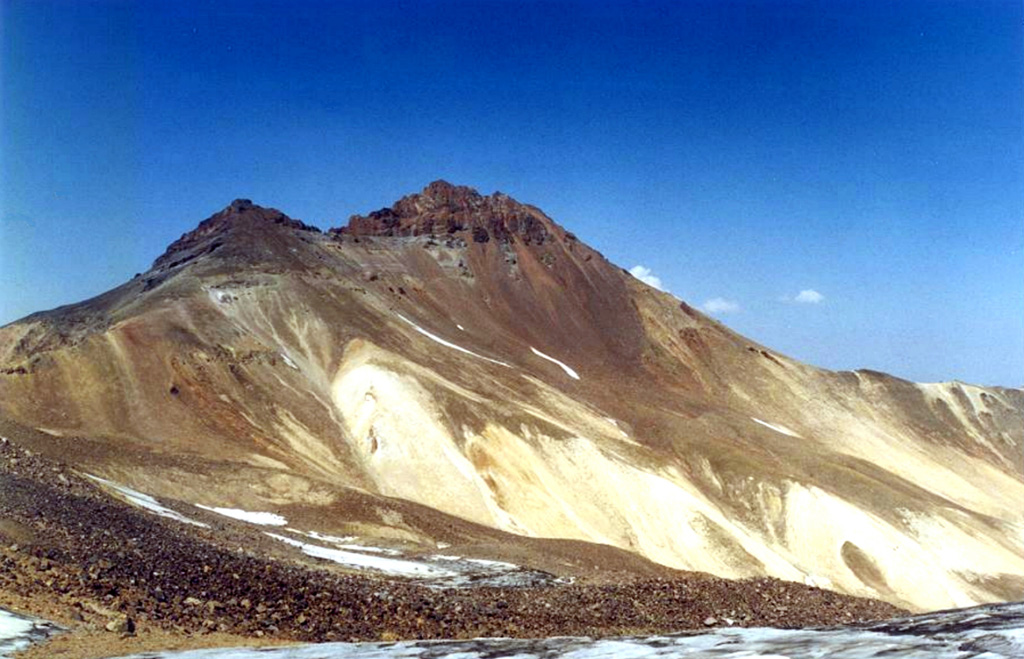 The two northern summits of Aragats volcano in NW Armenia seen from a ridge to the south. Extensive hydrothermal alteration has modified rocks in the summit region of this large andesitic-to-dacitic stratovolcano. The main edifice of Aragats is dissected by glaciers and is of Pliocene to late-Pleistocene age. Satellite cones and fissures have produced lava flows of late-Pleistocene to possible Holocene age. 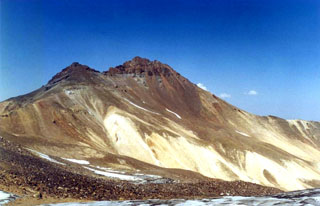