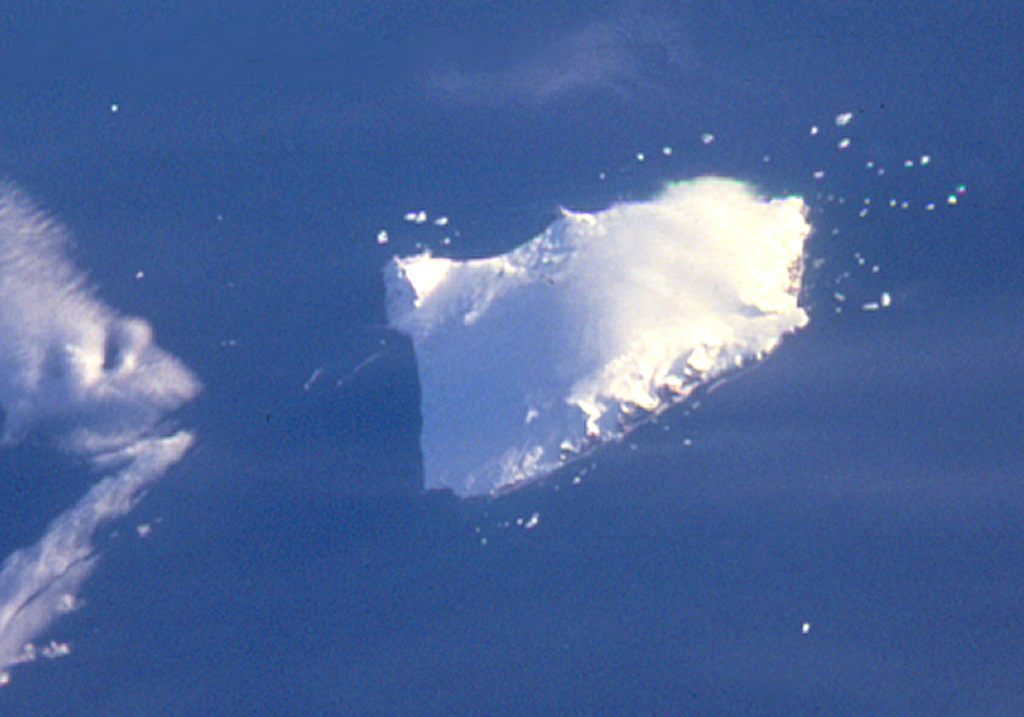 Icebergs dot the sea surface around snow-mantled Montagu Island, the largest of the Sandwich Islands. The roughly 10 x 12 km wide island is seen in this Space Shuttle view with north to the bottom of the image. The satellitic cone of Mount Oceanite forms the peninsula at the SE tip of the island (upper left). Around 90% of Montagu is ice-covered; glaciers extend to the sea over much of the island, forming vertical ice cliffs. Mount Belinda, rising to 1370 m, is the high point of the island.